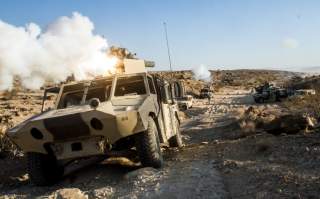 If you think that the key to U.S. Army modernization is combat vehicles, long-range fires or new aviation assets you would be in good company. That’s what most people believe. You would also be wrong. The most important element of Army modernization is command, control and communications (C3). The remarkable pace, agility and accuracy of operations by Army units over the past decade, alone and as part of a joint force, is the result of their ability to acquire, exchange, fuse and exploit information between echelons, units and even vehicles and aerial platforms.

For more than 10 years, modernization of Army C3 has been tied directly to fielding of a single capability, the Warfighter Information Network-Tactical. WIN-T provides Army field units down to the battalion level with secure high-speed, high-capacity voice, data and video communications capabilities heretofore only available to higher formations with large, fixed infrastructure. The first version of WIN-T, Increment 1, began deployment in 2004, required that the vehicle or unit make a quick halt in order to ensure connectivity -- particularly for satellite-based communications. While much better than previous tactical communications systems in term of bandwidth, security, capacity and robustness, WIN-T Increment 1 did not meet the Army’s goal of true on-the-move C3.

The problem with adding all this communications equipment to already heavily-laden vehicles is that it puts additional demands on their interior volume, engines and transmissions, power and air conditioning as well as complicates crew operations. The initial deployment of WIN-T Increment 2 on Stryker vehicles necessitated removing two seats, not a good thing in an infantry carrier. The new satellite communications antenna was mounted in a manner that interfered with crew visibility while simultaneously raising the profile of the vehicle. The location of a key display was not optimal for soldier performance. What was important, however, was getting the system in the hands of soldiers in order to get their feedback.

Based on this feedback, the WIN-T original equipment manufacturer, General Dynamics, and the Program Executive Office C3 -Tactical set out to resolve these issues. Most important, the company employed advanced network design techniques to cut the number of components, slim down the amount of cables needed and reduce the systems’ power requirements, all without any reduction in functionality. Equally important, perhaps more so from the perspective of a Stryker crew, the reduction in system components and overall size allowed the two seats to be reinstalled in the vehicle.

WIN-T Increment 2 provides the U.S. Army with a capability for tactical C3 greater than that available to any Army in the world. Ironically, most of the U.S. Army may never get a chance to make use of Increment 2. Today some 20 WIN-T Increment 2 brigade sets have been deployed. The Army’s acquisition plan was to field eight units a year until a total of 100 brigades were equipped. At the current reduced production rates for FY2016 and FY2017 it will take close to two decades to reach the 100 unit goal.

Clearly WIN-T Increment 2 is a capability that the Army wants and needs. Also, the system keeps getting better as new networking techniques and hardware are added. The smart near-term move by the Army would be to acquire enough brigade sets as rapidly as possible to support a major theater level expeditionary force, say 50 units. If the Army then committed to acquiring six sets annually, it could complete the minimum desirable buy (30 additional sets) within the next Future Year Defense Program.