A Smarter Way to Price Climate into Oil 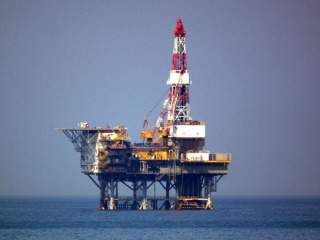 When it comes to fossil fuels, oil has had the hardest time shedding its excess weight in greenhouse gas emissions. Oil maintains its monopoly in the transport sector, with alternatives that are not yet mainstream. But what if the transport sector went on a successful diet that then led to renewed oil market stability?

Oil Market Futures, a recently released report by Cambridge Econometrics and partners, finds that as the world implements demand-dampening policies to meet its commitments made at the Paris climate summit, it will help tackle climate change as well as lower long-term global oil prices and price volatility.

Unleashing investment in low-carbon technologies worldwide, such as electric vehicles and fuel-efficient aircraft and ships, is projected to cut oil demand by 260 billion barrels between 2015 and 2050, according to the report. That corresponds to a 20 million barrel a day oil demand reduction, which in turn, is anticipated to reduce and stabilize global oil prices compared to business-as-usual practices currently in place.

A world going at our similar pace, without effective climate policies, on the other hand, will surely lead to more oil-thirsty nations, driven by economic growth in Asia and in commercial applications, including aviation and petrochemicals. By 2050, we could be confronted with booming global oil demand of 150 million barrels a day, up over 50 percent from today—with linked price volatility.

Europe would be a perfect candidate for such a transformation in the transport sector—indeed, it would be a lifesaver.  As an historic net oil importer, Europe has never achieved self sufficiency. Far from it. Europe’s oil consumption is currently quadruple its production. It’s therefore in the EU’s self interest—economically, geopolitically, and environmentally—to dramatically increase investments in low-carbon technologies, resolutely adopt oil alternatives, and drive greater gains in efficient mobility. Dramatically reducing oil consumption will not only directly benefit the European nations in the short term; it will put the EU in a strong global leadership position on the road out of the Paris climate talks, into Marrakesh, and beyond.

Since the 1970s oil crises there have been at least ten episodes where crude cyclically gained and then lost more than twice its value. This calls the into question the economic fundamentals underpinning oil market futures. Upward pressure on the marginal cost of crude, which is influenced by changes in technology, geopolitics, and now climate change, also makes oil profitability less certain and alternatives to oil more cost-effective in the long run.

To be sure, mounting climate concerns from oil demand have yet to be reconciled. A first-of-its-kind Oil Climate Index by the Carnegie Endowment for International Peace, Stanford University, and the University of Calgary, which compares greenhouse gas emissions from global oils, found nearly a factor of two between the lowest and highest-emitting oil. The climate challenges confronted by oil varies widely. Some oils’ climate impacts result from flaring associated gas and others from venting it. Still other oils apply enhanced recovery techniques that involve massive steam injection. And oil sands and other extra-heavy bitumen resources require far greater research and development to discover very low-GHG pathways.

Tomorrow’s oils are fundamentally different from yesterday’s oil. This calls for a new level of transparency to safely guide twenty-first resource development. Open-source, consistently reported, and verified oil data will be required for nations and companies to meet their climate commitments. This knowledge will inform new climate policies that should ultimately include a smart tax on oil that prices all the GHGs in disparate barrels.

Such a powerful market signal adopted to tackle climate change in the EU and beyond—in North America and elsewhere—would promote much-needed innovation in the transport, oil, and alternative energy sectors. Now is the perfect time to price the greenhouse gases in oil, when supplies are diverse and plentiful and demand has slacked off. This will heighten climate competition between oil sources, induce resource substitution, bolster efficient consumption, dampen demand, and reduce price volatility. A climate-induced diet for oil must be guided by policies that price its greenhouse gas emissions. And reduced oil price volatility would be a positive side effect from losing tons of weight.