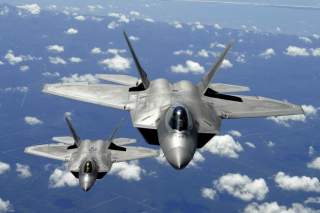 In his latest contribution to our debate, Shashank Joshi raised some excellent points against my skeptical view of the emerging India-U.S. strategic partnership. But I'm still unpersuaded.

To explain why, it helps to step back and clarify the question we are debating here. It is not whether strategic relations between Delhi and Washington have grown closer in recent years, because clearly they have. It is what these closer relations mean for the geo-political contest between America and China.

India's position is clearly important to this contest. Many Americans, and many of America's friends in Asia, have long believed that India's growing wealth and power will be vital in helping America counterbalance China's growing strategic weight, and resist China's challenge to U.S. regional leadership.

Indeed, the belief many people have that India will play this role is central to their confidence that America can and will preserve the status quo against China's challenge. It is therefore important to decide whether the progress we have seen in U.S.-India relations justifies that confidence.

I have argued that in a geopolitical contest of the kind we see unfolding between America and China today, India's relations with America will only make a difference to the extent that India is seen to be willing to support America in a U.S.-China conflict.

That is because who wins the contest between the American and Chinese visions of Asia's future order ultimately depends on which is seen to be more willing to fight for their vision. Each power wants the other to believe that it will go to war to impose its vision, and hopes that, if all else fails, this will persuade the other to back off.

This way of describing what is happening will surprise those who think that this kind of old-fashioned power politics disappeared after 1989, but it seems to me the only way to understand events in Asia today. In fact, power politics never went away; people simply started to think that America was the only power that was indulging in it. It has been taken for granted that America will fight to support its vision of regional order, but that no one would be willing to oppose them. Now China is proving that false. We can no longer assume that China isn’t any more determined to change the current order than America is to preserve it.

That is why India's role in this contest depends on how far it appears willing and able to materially support the U.S. in a conflict with China. In a game played for these stakes, nothing less counts for much.

As I read him, Shashank makes two key points about this question.

One is that, while India might not be willing to send combat forces to fight alongside America's in a coalition against China, it would provide other, non-combat support such as basing and refuelling facilities. That sounds like what the diplomats call “all support short of actual help.” It would do very little either practically or symbolically to bolster America's position against China, and certainly much less than American boosters of the relationship expect.

His second key point is that perhaps India would be willing to provide America with more substantial support if it saw really fundamental issues of regional order at stake in a U.S.-China conflict. He cites the example of the wide support given to America in opposing Iraq's invasion of Kuwait in 1990 by countries who saw basic questions of international order being tested there.

I agree with Shashank that very important issues for India would be at stake in a U.S.-China clash. But deciding to support America against China would be much harder than joining the coalition against Iraq. In every way China is both a much more valuable partner and a much more dangerous adversary. The key question for India, and for America's other friends in Asia, is what would have to be at stake for them to make that decision?

So it boils down to this: would India go to war with China to help America preserve the current order based on U.S. primacy? If the answer is no, then I don't think the new warmth between America and India matters much to the future of Asia, and America's position in Asia is rather weaker than most people assume.

Hugh White is a Professor of Strategic Studies at the Australian National University. This article originally appeared on the Lowy Interpreter.