Sorry, China: Why the Japanese Navy is the Best in Asia 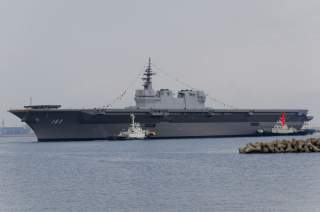