Sorry, China: You Can’t Have It Both Ways on North Korea 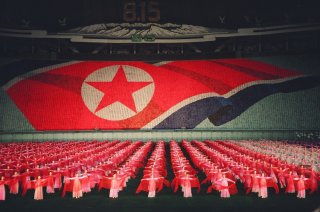 Chen’s article is useful in its summary of the debate in China over how to deal with Pyongyang. He asserts that although some Chinese call for continuing to support the North Korean government and others call for abandoning it, the position that holds sway within the Chinese government is that China should “pressure” Pyongyang to stop nuclear testing, return to disarmament talks, reform the North Korean economy, and eventually dismantle its nuclear weapons. Chinese efforts in this direction would be welcome.

When Chen moves beyond reporting the atmosphere in Beijing to policy analysis, however, he is less insightful.

The central thrust of his argument is the familiar Chinese line that the United States must do more. Based on his own assessment, however, China has decided to get tougher on the Kim regime during the same period that U.S. policy toward North Korea has been stagnant. More vigorous Chinese intervention has long been a U.S. goal. Therefore the United States is winning by doing nothing, seemingly successfully passing the buck to China to do the dirty job of “pressuring” the DPRK.

Chen recommends that both China and the United States offer North Korea a “security guarantee plus economic assistance.” From the U.S. standpoint, this recommendation is a total throwaway. Washington has repeatedly stated it has no intention to invade Pyongyang, and this is believable since it has passed on many opportunities. There is zero support in America for economic assistance prior to progress in de-nuclearization. At the same time Chen calls for China to do the exact opposite of offering a security guarantee, saying China should also threaten the Kim regime with a “reform or collapse” ultimatum.

Chen claims that solving the North Korea problem “lies in the hands of the U.S.” because North Korean leaders worry relatively little about a deterioration of relations with China, but worry a lot that “America’s perceived malign intentions could threaten their survival.” This analysis does not jibe with Pyongyang’s repeated use of hyper-bellicose (even nuclear) threats against the United States and its South Korean ally as a tactic to get attention that the Kim regime hopes will lead to negotiations and handouts. A policy of extortion exhibits not fear, but rather confidence on Pyongyang’s part that the wealthy democracies will not opt for war.

Finally, while arguing that China lacks the leverage to discipline North Korea, Chen simultaneously displays disturbing hubris in asserting that a united Korea will not be a U.S. ally because “China has adequate capabilities to influence the eventual unification process.” The Chinese are unwise if they underestimate Korean anxiety about Chinese domination, and overconfident if they assume they can control a reunification process that might happen suddenly and would likely unleash the powerful force of pan-Korean nationalism.

Denny Roy is a Senior Fellow at the East-West Center in Honolulu.  He specializes in Asia-Pacific security issues.  His latest book is Return of the Dragon: Rising China and Regional Security (Columbia University Press, 2013).