Space Wars: Will America and China Clash Over Resources? 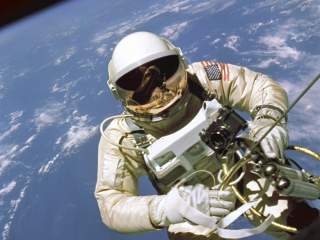 The end of 2015 witnessed three seemingly unrelated developments: the establishment of a space hotline between Washington and Beijing, the U.S. Commercial Space Launch Competitiveness Act (Space Act), and the positive decision on jurisdiction by the arbitration court in Manila’s suit against Beijing concerning the South China Sea. The hotline seeks to minimize incidents arising from satellite operations and ASAT tests, while the legislation could pave the way to private exploration and exploitation of natural resources, including asteroid mining. The court decision, however, means that China’s claims and activities in the South China Sea will come under the scrutiny of an international judiciary. The question is whether the current confrontation between China and the United States concerning the legal status of the South China Sea is a harbinger of things to come in the space commons.

Two contradictory aspects of space have significant bearing on this question. Space has long been seen in military terms—the ultimate ‘high ground’ from which to master other battlefields. But space law has derived to a great extent from the law of the sea, including the key principle that the high seas (waters beyond twelve nautical miles from a country’s shores) can’t be appropriated by any nation, being open to navigation by ships of any flag. Thus, the 1967 Outer Space Treaty (OST) reads that “Outer space, including the moon and other celestial bodies, is not subject to national appropriation by claim of sovereignty, by means of use or occupation, or by any other means.” The passage has prompted much controversy, since it’s unclear whether it restricts or even bans the exploitation of natural resources from the Moon, asteroids and other celestial bodies, given that the treaty also says space “shall be free for exploration and use by all States.”

At one extreme, some observers believe that the ban on territorial claims also means a prohibition on economic activities, which would require a further treaty, probably providing for some sort of international authorization (with the International Seabed Authority often cited as a template). At the other end, some voices see the ban as concerning only national territorial claims, not economic activities by private enterprises. You could draw an analogy with fishing in the high seas: open to private companies from different countries, yet not amounting to the appropriation of those waters.

However, fishing doesn’t require the permanent or at least long-term control over a given physical space. A trawler simply goes through international waters, which remain open to navigation by other trawlers or ships. Of course there’s the issue of overexploitation, and the well-known concept of the tragedy of the commons, but unless fishing boats are used in non-lethal asymmetric warfare, overexploitation needn’t lead to a territorial conflict. However, to mine an asteroid, you have to occupy it, thus excluding other companies. Given that U.S. legislation lays down that asteroid exploitation must comply with “the international obligations of the United States” and thus the OST and absent any provisions for international agreements or royalty-sharing, the only logical conclusion seems to be that the U.S. Congress envisions the allocation of space resources as grounded on a “first-come first-served” basis. That is, whoever makes it to an asteroid can mine it, and if the actor is under American jurisdiction, its activities will be regulated by U.S. Law.

There are some problems with this approach. First of all, less technologically advanced countries may not welcome the idea of. Despite impressive advances in its space program, China may well consider that it’s unlikely to make it first to the most attractive corners of the solar system, in which case Beijing would oppose U.S. legislation. On the other hand, the PRC may feel optimistic and conclude that there’s enough time to catch up, thus taking a more nuanced view. That could be one of the reasons for China’s silence to date. Second, it may not always be clear what operating in an asteroid or an area of the moon actually means. When exactly is a company entitled to exclude others? Is it necessary to actually start production? Does it suffice to reach it first and somehow mark it? To make matters more complex, in the South China Sea effective occupation involves a human presence, which furthermore provides a tripwire, with states often ready to use non-lethal force while remaining prudent not to open fire on each other’s personnel. However, space exploration is likely to be robotic to a large extent, and therefore the question arises whether the lack of a human presence may make violence more likely, since loss of life won’t be at stake.

It should perhaps not surprise us that Beijing is silent on those issues, given that China still hasn’t managed to master its near seas. However, it’s unlikely that, in the longer term, China will simply accept U.S. legislation on natural resources in space. Instead, we could see a move to negotiate an alternative set of regulations, perhaps under the much-touted banner of “new type of great power relations” and incidents once there’s both an established U.S. and Chinese presence in space. The limited human role may make it easier for Beijing to engage in the kind of non-lethal warfare we’re seeing in the South China Sea, with the goal of preventing the normal operations of U.S. corporations, forcing Washington to negotiate. That may be facilitated by the OST’s ambiguous reference to “military” forces and personnel and China’s reliance at sea on myriad quasi-state forces, from maritime militias to private fishing vessels, operating in a murky legal arena, a strategy that may well be deployed in space.

Alex Calvo is a guest professor at Nagoya University, Japan and focuses on security and defense policy, international law, and military history, in the Indian-Pacific Ocean Region. This article first appeared on the Strategist.