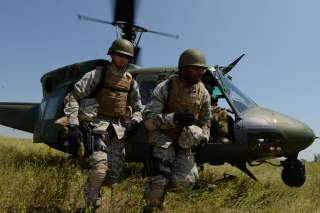 Drug overdose deaths are at their highest levels ever in many places and dangerous new synthetic drugs are a major reason this opioid epidemic is so deadly.

In New Jersey, officials estimate the powerful synthetic drug fentanyl, often used as an additive to heroin, caused more than one-third of the state’s record high drug overdoses last year. Fentanyl deaths in New Hampshire account for nearly two-thirds of the state’s drug deaths, according to the National Drug Use Early Warning System.

A scary fact about this drug crisis is that law enforcement agencies are very challenged to control supply.  These new synthetic drugs are especially problematic as drug dealers and users alike can replenish their supplies cheaply and easily using just the Internet and international mail delivered the U.S. Postal Service.

North Dakota Senator Heidi Heitkamp (D-ND) told a May 25 Senate hearing, “We have had numerous deaths in my state due to fentanyl, and we know that the delivery point is the United States Postal Service.”

Fentanyl and its synthetic cousin carfentanil are lethal ingredients often mixed with heroin by dealers.  Other nasty synthetic drugs, sold under names like bath salts, Flakka, Spice and K2, are sometimes described as “synthetic marijuana” and smoked by users young and old.

All are relatively inexpensive compared with other illegal drugs, and can be purchased online. Because of their extreme potency and cheap price, they can be shipped in small packages by dealers with little concern about seizure.

Making matters worse, because local laws are challenged to keep up with fast-changing synthetic compounds to label them as illegal, some users actually believe taking these nasty drugs does not represent a violation of their treatment or parole terms.

Because there are 275 million packages that enter the U.S. each year through international mail and express delivery companies, U.S. Customs and Border Protection cannot physically inspect every item. The strategic screening that U.S. Customs and 46 other federal agencies do conduct, relies on seven stated information points, including the contents and value.

This information should be received electronically and in advance so the agencies can more effectively provide the screening required for public safety.  This is very doable. In fact, 98 percent of the packages entering the U.S. via commercial express carriers submit air cargo advance screening data, along with fees required to pay for the government screening.  But packages arriving by international mail are very rarely accompanied by the advance data Customs says is required to effectively screen them, a loophole which allows a scary risk to public safety.

While Customs officials report that we are currently getting some “substantial” advanced electronic data for mail shipments from China as part of a pilot agreement between the Postal Service and China Post, it is not at all clear what percent of packages this includes. Both U.S. Customs and the Postal Service are planning to expand this and other pilot projects in place with eight other countries, but there is no fixed timeline and cooperation internationally has been limited.

The international mail system worldwide is governed by a one-country-one-vote organization called the Universal Postal Union (UPU).  While the State Department has pushed with some urgency to improve international cooperation in sharing advanced electronic information for incoming packages, foreign mail services have been slow to respond.

Currently the UPU is proceeding with a plan for new classification rules for small international packages, which should help.   But Senator Rob Portman (R-OH) and other federal officials have expressed concern that the present timetable is not aggressive enough as the required information will not be attached to all, or even most, incoming packages until 2020 at the soonest.

“We can’t afford to have other countries working on their own timetables, because American are dying,” said Senator Portman at the same May 25 Congressional hearing.  Portman is also the author of bipartisan legislation called the STOP Act, which would toughen requirements for incoming mail, expand the use of advanced electronic information, and tighten the identification and responsibilities for importers of record for non-letter international mail.

Until we close the dangerous loophole preventing rigorous safety screening of international mail packages, the nation’s local law enforcement agencies will be the ones handcuffed, and more Americans will suffer. We need to tighten international mail screenings as soon as possible.

Paul Steidler is a senior fellow with the Lexington Institute, a public policy think tank based in Arlington, Virginia.