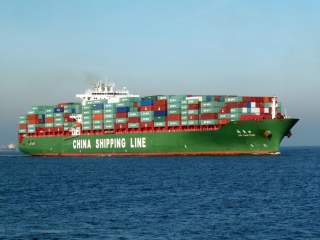 Winston Churchill once famously remarked that Bolshevism must be “strangled in its crib.” In that same spirit, should the United States now seek to strangle China’s economy as a means of deterring its aggression?

In fact, “strangling China” is a theme I encountered frequently while interviewing experts for my book and documentary film Crouching Tiger. For example, National Defense University’s T.X. Hammes sees such strangulation as the core concept of his strategy of Offshore Control. As Hammes has argued right on the pages of the National Interest:

“China’s imports and exports add up to more than 50 percent of its GDP. A depression, not recession, is often defined as an economic downturn of 10 percent or more. Since the Communist Party’s legitimacy is based on economic growth, major reductions in China’s imports and exports will create major pressure for a solution. Worse, from China’s point of view, is that U.S. control of the seas outside the first island chain means the world economy will begin to rebuild. The longer China maintains the conflict, the harder it will be to recover lost trade relationships. It is hard to see how Chinese leaders will simply ignore this kind of economic damage.”

“If China continues to grow economically, it will translate that wealth into military might and try to dominate Asia. . . . There's no question preventive [nuclear] war makes no sense at all, but a much more attractive strategy would be to slow down China's economic growth.

“If China doesn't grow economically, it can't turn that wealth into military might and become a potential hegemon in Asia. What really makes China so scary today is that it has so many people and it's also becoming an incredibly wealthy country. [So] I think it's in America's interest and it's in the interest of China's neighbors to see the Chinese economy slow down because if that happens, it can't become a formidable military power.”

U.S.-China Commission members Dan Slane and Pat Mulloy come at the strangulation strategy from a more US-centric perspective. They see China’s unfair trade practices, which include everything from illegal export subsidies, currency manipulation, and intellectual property theft to a reliance on sweatshop labor and pollution havens, as non-kinetic weapons of job destruction.  They further insist that a mercantilist China has systematically used such mercantilist weapons to attack America’s manufacturing base and severely erode US military might and defensive readiness.

To both Slane and Mulloy—and presidential candidate Donald Trump—a “defensive counterstrike” in the form of countervailing tariffs on Made in China products is a long overdue strategy. To Slane and Mulloy, such tariffs are necessary to not only rebalance the U.S.-China trade relationship but to also level the emerging battlefield as well. Explains Commissioner Slane on the need to play the Donald Trump tariff card:

“It is in China's best interest long term to continue to make life difficult for us economically and continue to push us down because they realize that if we're economically weak, then we can't be strong militarily. The Chinese have the opposite situation where they have acquired over three trillion dollars in reserves primarily from trade deficits; and they're using a big chunk of that money to modernize their military. And they are building up their navy and their air force, and their army enormously, and getting to the point where they will eventually rival our military in the very near future.”

Former U.S.-China Commissioner Mulloy is no less circumspect: “When you run massive trade deficits with a country, year after year, your economy is getting weaker, their economy is getting stronger. This is a terrific national security problem for the United States.”

The question, of course, is what should America do to resolve this national security problem—and it is a question certainly worthy of the highest consideration during this pivotal 2016 presidential campaign. So far we have only heard from Mr. Trump. The remaining candidates need to weigh in on this critical economic and national security issue.