Striking Back at The Islamic State’s Foreign Fighter Pipeline 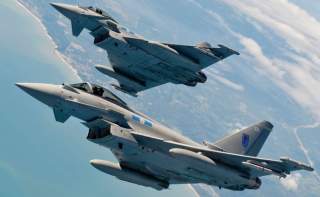 In March, the terrorist group known as the Islamic State struck in the heart of Europe for the second time in six months. The attack in Brussels caught European security forces flat footed; even though there were indications that attackers—who were trained in Syria—were poised to strike.

The Islamic State’s core in Iraq and Syria is now under intense pressure. It is time for the campaign against it to put increased attention on countering the group’s pipeline for international terrorism -- the fighters who might return to threaten their home countries. The group has generated a heightened terrorist threat to the West and to all the countries from which its members come due to its ability to vet and train the 30,000 or so foreign fighters who have travelled to Iraq and Syria, and to redeploy them to their home countries. The current threat might at least equal what al Qaida could muster at its peak.

Competing proposals from U.S. politicians to commit thousands of U.S. ground troops to Iraq and Syria, or to vigorously police and patrol Muslim communities in the West simply do not address the Islamic State’s ability to infiltrate the group’s trained foreign fighters back into their home countries. Targeting training camps in Islamic State territory, as well as monitoring and detecting the group’s returnees from Syria, are increasingly needed to address this threat.

In an effort to inform Western policy and actions against the Islamic State, our research team recently released a multi-year study of one of the most comprehensive sets of the group’s internal documents ever put together – including memos, spreadsheets, and correspondence. Our analysis illuminated long-practiced Islamic State effort to administer its resources and territory. Its territorial control gives the group the flexibility to perpetuate terrorism both in the Middle East and worldwide while weathering the heavy battlefield losses it is now suffering in Iraq and Syria.

Our study suggests that, although necessary, targeting individual leaders will not be sufficient to defeat the Islamic State. The group has survived one-off personnel losses for years by institutionalizing its bureaucracy and decentralizing its decision-making to its mid-level leaders and field commanders. Rather, targeting the Islamic State’s resources—like manpower—will be the key to defeating the group. Local forces and the U.S.-led coalition are already taking back territory, as well as targeting the group’s financial resources, and the Obama Administration has announced a line of effort against foreign fighters that focuses on countering extremism at home and building international cooperation to curb foreign fighter flows. But the highest levels of government should mobilize the U.S. interagency and the international coalition to develop a dedicated line of direct military and intelligence operations against Islamic State operatives.

Our documents span five years of the group’s history, starting before it first declared an Islamic State in Iraq in 2006, through the group’s weakest point in 2010 when its top leaders were killed in a U.S.-led raid. Although these documents are now dated, they include detailed information on how the Islamic State managed and funded terrorists and fighters—Iraqis, other Arab nationals, and Europeans—and suggest lessons for dealing with current national security concerns. They show the Islamic State’s leadership designed the group’s structure largely based on al-Qaida’s organizational model. But Islamic State leaders enhanced this structure to more effectively take over and administer territory, which could then be used to raise vast amounts of money and to vet and train terrorist operatives.

The Islamic State is likely to retain an ability to strike abroad for some time: the documents also reveal how the group carefully manages its human capital. Even though its suicide bombers were almost entirely foreigners, our documents show that most foreigners actually elected to become trained fighters. The group vetted foreigners and trained them more extensively than they did locals. Islamic State training camps are important because they provide a venue to train their new recruits in explosive and weapons--key skills for both local and international attacks-- away from populated areas. This gave their foreign recruits the time and resources to develop skills at fighting, making explosives, or serving as bureaucrats – to master both the bang and the slang.

While there were only a handful of Western recruits in our data dating back to around 2005, there are now some 3,400 Western members that the group could use to continue this effort in Europe and America alone. Recent Islamic State foreign fighter data leaked to NBC News suggests that almost 90 percent of these recruits now opt to become fighters rather than suicide operatives. More recent information indicates Islamic State training camps teach a wide range of skills. These include the arts of fighting, assembling and disassembling weapons, and training on medium and light arms. Trainees are then assigned to special forces, air defense, a snipers battalion, and other units. Accordingly, Islamic State training camps are the breeding grounds of tomorrow’s Brussels or Paris attacks, and their consistent penchant for training foreigners suggests that military and security officials need to get serious about how to deal with returnees from Iraq and Syria.

Further, the Islamic State may continue to prioritize external attacks in the face of military losses at home. Although the Islamic State almost exclusively focused on Iraq and Syria from 2006 to 2014, the coalition’s determination to “defeat and destroy” the Islamic State almost certainly has partially shifted the group’s focus to Europe and the West for the foreseeable future. The focus on international plots harkens back to the group’s founding, when it was flush with resources and sought international acclaim. Its founder, Abu Musab al Zarqawi, plotted a series of international terrorist attacks from 2003 to 2006 across the Middle East and in Europe, culminating in the devastating 2005 bombings in Amman, Jordan.

The coalition against the Islamic State is proceeding along a number of lines, most notably countering their finances and taking back territory, such as with the recent battle of Ramadi and the current battle of Fallujah. While these efforts must be sustained to weaken the group on the ground in Iraq and Syria, the coalition and its partners should expand their focus. To defeat the group and thwart attacks in the United States and partner nations, the United States must degrade the Islamic State’s talent pool in the Middle East.

In testimony on May 26, Department of Homeland Security Deputy Secretary Alejandro Mayorkas noted that while the home-grown threat is more likely, plots emanating from Iraq and Syria remain a concern, especially in Europe. The coalition would now be best served by increasing its focus on striking Islamic State training camps and foreign fighter facilitators. And further, the administration should intensify the focus of its intelligence and law enforcement agencies on returnees from Islamic State lands—people who are the most likely direct threats to the United States and its allies and partners.

Benjamin Bahney is a member of the adjunct staff, Patrick B. Johnston is a political scientist and Howard J. Shatz is a senior economist at the nonprofit, nonpartisan RAND Corporation.