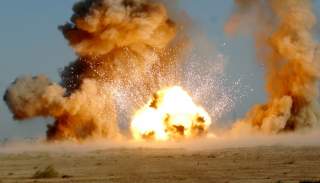 The number of suicide bombings in the world nearly doubled in 2014, the Israeli left-leaning daily Haaretz reported on Sunday, citing an Israeli think tank report.

According to the Haaretz, a yet-to-published (at least in English) report by the Tel-Aviv based Institute for National Security Studies found that suicide bombings worldwide increased 94 percent in 2014 from a year earlier. There were 592 suicide attacks last year compared with 305 attacks in 2013, the think tank-- which is affiliated with Tel Aviv University-- finds in the report. These attacks killed some 3,400 people in 2014, compared to the 2,200 people who were killed in suicide attacks back in 2013.

The researchers note that their numbers are conservative estimates because they required at least two sources for each bombing before concluding it was a suicide attack. According to the newspaper report, the researchers said finding reliable information was particular difficult in Syria.

The largest factor behind the increased appeared to be the rise of the Islamic State of Iraq and al-Sham in the Iraqi state. Although the researchers said the group rarely claimed responsibility for the suicide operations, they conclude that they were behind the bulk of the attacks. The overwhelming majority of these attacks (71 percent) targeted Iraqi security forces, and many of them were carried out by foreigners, the INSS report found.