Sun Tzu vs. ISIS: The Art of War on Terror 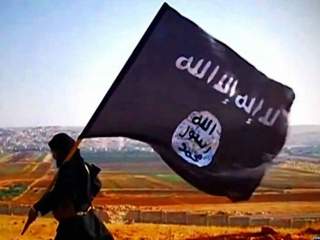 Carl von Clausewitz, the young Prussian strategist of the Napoleonic age, is a giant in the field of security studies. His seminal work, On War, is widely considered the definitive text in understanding the nature of war. His famous quote, “War is the continuation of politics by other means,” is generally considered the cardinal rule for war—it is often quoted and equally often ignored in practice. So, it is unsurprising that contemporary Western strategists and thinkers look towards Clausewitz for answers and insights, but is he the only choice?

In “What Would Clausewitz Do?,” Mark Perry explored how the Prussian strategist would tackle the challenge of the Islamic State (ISIS). Perry astutely emphasized the need for a clear, achievable political goal driving the war effort combined with a level-headed understanding of the war being fought Clausewitz would be proud. However, Perry’s singular focus on the bare-fisted, no holds barred type of warfare is both mismatched to today’s socio-political climate and a woefully one-dimensional characterization of Clausewitz’s theory of war. Although frequently quoted Clausewitz's comprehensive theory of war is often misrepresented. . . or at least poorly understood in its entirety Clausewitz provides the abstraction of absolute war as an intellectual baseline to highlight the utility and constraints of limited warfare in practice, as explained in Book One’s “Purpose and Means in War.” Contrary to popular representation, Clausewitz outlines a masterful theory of war where the grammar of warfare adapts and changes to the logic of politics—ranging from conventional warfare to counterinsurgency involving non-state actors. Thus, to reduce Clausewitz’s theory of war to a simplistic suggestion “to hit them, and relentlessly, before they hit us,” as Mark Perry suggests, is both inaccurate and provides a false strategic dichotomy.

That said, however, Perry’s characterization of;Clausewitz;highlights the need to incorporate both nuance and a wider range of voices in the crafting of strategy. Thus, modern strategists should not be limited to the eighteenth century Prussian strategist for answers, but also look to the fifth century BCE strategist, Sun Tzu.

Although historical sources disagree on the details of Sun Tzu’s life or even his existence, his work, The Art of War, is considered a masterpiece in the philosophy of war and strategy. For hundreds of years, The Art of War provided the foundations of military theory in China and continues to have tremendous influence today. Although separated by nearly 2,000 years, Clausewitz and Sun Tzu both stressed the importance of politics in warfare, the role of the commander, and the dynamic nature of war. Yet these strategists significantly differed in their approach to warfare Clausewitz emphasized a deductive approach to the study of warfare by focusing on a theory that incorporated empirical experience. In contrast, Sun Tzu, reflective of his time, preferred a more inductive approach and understanding of warfare. But most importantly, while Clausewitz demonstrated skepticism regarding the value of intelligence in warfare, Sun Tzu advocated victory through the systematic use of intelligence, deception, and manipulation.

Like Clausewitz, Sun Tzu understood knowledge of the adversary’s disposition, position, intentions and capabilities were paramount in achieving victory. However, unlike Clausewitz, Sun Tzu emphasized the use of various types of spies to gain what we would now call human intelligence. He adamantly advised, “Be subtle! Be subtle! And use your spies for every kind of business.” Thus, Sun Tzu’s campaign against ISIS would begin with an intense and systemic intelligence operation. Tragically, the current intelligence operation against ISIS has been marred by dysfunction and lapses. To many, the intelligence community has been unable to stay ahead of the curve, constantly reacting as we move from crisis to crisis, best characterized by the prevalence of ISIS attacks abroad. Not to completely disparage the efforts of the intelligence community, they have gathered valuable information on ISIS supply routes, finances, and movements. However, as Sun Tzu warns, “Knowledge of the enemy's dispositions can only be obtained from other men.” Although modern surveillance and imagery technology is invaluable, Sun Tzu, reminiscent of a classic spymaster, would argue there is no substitute for accurate human intelligence gathered by human agents on the ground. Aerial reconnaissance can provide useful target lists, but it cannot determine the real utility of each target nor can it give understanding of a commander’s personality or a city’s disposition. To Sun Tzu, meticulously preparing the battlefield through the diverse use of spies, including the recruiting double-agents and embedding agents in the adversary’s force, is the first step to long-term success.

Unlike his Prussian counterpart, Sun Tzu stresses deception, not military force, at the center of his war philosophy. The “Chinese character li (force) occurs only nine times" in The Art of War, reflecting Sun Tzu’s belief that victory was achieved through psychological dominance and not by materially destroying the enemy. Sun Tzu famously argues, “All warfare is based on deception.” Consequently, he would be appalled at the transparent nature of the current campaign against ISIS. For instance, Flightradar24 (FR24), an open-source flight tracker, allows anyone to track flights in real time, which has occasionally revealed locations of military operations. Robert Hopkins III, a former commander of intelligence-gathering aircraft, told Vice News that, “Looking at FR24 on a laptop and seeing a slew of KC-135s with the call sign ‘Quid’ orbiting off Cyprus is a good indicator that a strike package is on its way to Syria, no matter how good the operational security (OPSEC) of the strike aircraft might be.” Similarly, in response to the prevalence of social media use by service members, the U.S. Air Force started a campaign in 2015, entitled “Loose tweets sink fleets,” over concerns of proper OPSEC. Likewise, a Pentagon briefer mistakenly revealed to the media a spring offensive planned for April/May 2015 to retake Mosul from ISIS, an operation then indefinitely postponed. Perhaps, the U.S. military should take a page (or, more accurately, a bamboo strip) from Sun Tzu’s playbook and let their “plans be dark and impenetrable as night, and when you move, fall like a thunderbolt.”

Although Sun Tzu emphasizes deception over force, he does not discount the utility or need for force in warfare. He simply argues, “To fight and conquer in all your battles is not supreme excellence; supreme excellence consists in breaking the enemy's resistance without fighting.” Sun Tzu believed warfare was incredibly costly, both in terms of wealth and men. Therefore, he sought to leverage the minimum force to win key decisive engagements, striving to mitigate the heavy price of open warfare. Therefore, Sun Tzu would never approve of the U.S.’s plans to retake Mosul from ISIS in a bloody, direct offensive. When U.S.-Iraqi forces retook Ramadi in January 2016, the city was completely devastated by the ensuing battle. The campaign involved house-to-house engagements and was bogged down by bobby traps and improvised explosive devices (IEDs). Although Ramadi was nominally liberated, the city was essentially decimated. Sabah Karhout, the head of the Anbar provincial council, told The New York Times that “Ramadi is a city of ghosts” and the reconstruction would cost roughly $12 billion. Similarly, a direct offensive on Mosul would be another bloody rendition of a previous strategic mistake. U.S.-Iraqi forces may win on the battlefield, but the wholesale destruction will only feed the narrative of grievance advocated by ISIS. Therefore, Sun Tzu argued, “In the practical art of war, the best thing of all is to take the enemy's country whole and intact; to shatter and destroy it is not so good.” He understood post-war reconstruction would only incur additional costs for the state. One has only to look at the United States’ interventions in Afghanistan and Iraq, which total roughly $1.5 trillion in reconstruction efforts, to see the wisdom in his words.

Hence, instead of a direct offensive, Sun Tzu would advocate to “hold out bait to entice the enemy” and then “attack him where he is unprepared, appear where you are not expected.” At the moment, ISIS’s growth and appeal is rooted in the perception that the group is winning the war—fueled by grotesque public displays of violence and a savvy use of social media. Consequently, ISIS has dictated the terms of the war in every aspect, whether in the realm of public opinion or on the battlefield. Therefore, like Clausewitz, Sun Tzu would advise the coalition to attack softer yet strategically important targets such as the ISIS-controlled Omar oil field, which generates roughly $1.7 million to $5.1 million per month for ISIS. By recapturing ISIS-controlled assets, coalition forces would slowly, but steadily apply both political and military pressure on ISIS. Eventually, ISIS would be forced to seek new initiative in an offensive campaign of its own, whether out of logistical desperation or an ill-fated effort to regain its prestige. At that moment, coalition forces can dictate the terms of the engagement in terms of time, place, and manner. Therefore, instead of attacking headlong into a well-defended city, laden with traps and IEDs, the coalition can coax ISIS into a decisive engagement on its terms, best playing to its strengths instead of those of ISIS.