Superpower Showdown: Why the U.S.-China Relationship Is in Big Trouble 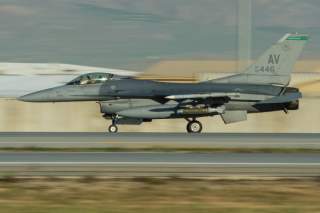 Remember a decade ago when the U.S. appealed for China to be a responsible stakeholder?

Congratulations, Washington. Wish come true. China sure is responsible for a lot of things happening strategically and economically. And a lot is at stake.

When Robert Zoellick launched the stakeholder line in September 2005, the deputy U.S. Secretary of State was arguing for Beijing to take more responsibility in the system that had delivered China so much:

“For the United States and the world, the essential question is—how will China use its influence? To answer that question, it is time to take our policy beyond opening doors to China’s membership into the international system: We need to urge China to become a responsible stakeholder in that system. China has a responsibility to strengthen the international system that has enabled its success.”

The core assumption was that China should be a stakeholder in the global system. And, lo, it’s happening, though not quite as Zoellick intended. So implicit as to be explicit was the Washington view that China would sign up to what the U.S. had created.

(Recommended: Beware the Great Clash in Asia: China vs. America Is Getting Dangerous)

Instead of settling for a stake in a U.S. steak dinner, Beijing wants a meal better suited to chopsticks. Or maybe it’s a buffet. China gets to choose what it wants to take from the existing system and where it wants to push a different recipe. That’s why China is not a revisionist power. Instead it’s a ‘status quo-tidal power’ seeking both stability and a continued shift of the tide in Beijing’s favor.

Apply the responsible stakeholder matrix to another significant idea driving U.S. (and Australian) policy towards China—engage and hedge.

The engage side is about economics and trade. The hedge is where the military play. What’s striking is how these two elements—engage and hedge—have diverged. Two concepts supposed to run in parallel are off in different universes; not parallel universes so much as opposed existences. That’s why the U.S. effort to create a Trans-Pacific Partnership excluding China is as much rebalancing strategy as trade policy.

(Recommended: China vs. America in the Sky: A Stealth-Fighter Showdown Is Brewing)

Obama’s line that China is welcome to join TPP is good engagement speak. It’s also fantasy. Embracing the TPP would mean Beijing returning to the Zoellick vision of China doing due duty on behalf of the U.S. system.

In the economic universe, China is the responsible stakeholder who loves the system so much it wants to buy an even greater share.  And drive the system. And write new rules so the system works better. Buying and building a bigger stake is about improving the system so chopsticks are a natural utensil for any stakeholder to hold.

Some of what China is doing, though, is straight out of the Zoellick handbook. Take the slow, decade-long appreciation in the value of China’s currency. The IMF now judges that the yuan is “ no longer devlaued”.

Hurrahs and hosannahs all round, surely, for such responsible behavior.  All that bombast and bluster from Washington about China’s unfair competitive advantage from its undervalued currency must have worked. What a stakeholder.

China is powering along with the effort to see the yuan become part of the IMF’s reserve currency basket. For the IMF, this is not a matter of if but when. Already, the yuan has become Asia’s most active currency for payments to China and Hong Kong. As part of the slow currency internationalization, Beijing now has 30 currency swap arrangements with partners such as Australia, South Korea, Indonesia, Singapore and New Zealand.

Beijing’s creation of the Asian Infrastructure and Investment Bank (AIIB) is interesting stakeholder behavior on many levels. Washington hated it; too much chopsticks, not enough steak. Perhaps, though, Zoellick should have spent more time selling his logic in Washington. The U.S. Congress didn’t get the responsible stakeholder memo.

Visiting Hong Kong, the former chairman of the U.S. Federal Reserve, Ben Bernanke, says Beijing was pushed into launching the AIIB by the refusal of the US Congress to give China more clout in existing multilateral systems. Congress has blocked a 2010 IMF agreement to shift voting rights to acknowledge China’s growing role. Thus, says Bernanke, the “U.S. Congress is largely at fault for all that’s happening.”

The same FT piece on Bernanke links to the recent comment by the former U.S. Treasury Secretary, Larry Summers, that Washington’s handling of the AIIB may be remembered as the moment the U.S. “lost its role as the underwriter of the global economic system.”

Summers’ is writing about a vital power that is not stepping up to its stakeholder responsibility—the U.S.:

“This failure of strategy and tactics was a long time coming, and it should lead to a comprehensive review of the U.S. approach to global economics. With China’s economic size rivaling America’s and emerging markets accounting for at least half of world output, the global economic architecture needs substantial adjustment. Political pressures from all sides in the U.S. have rendered it increasingly dysfunctional.”

In the opposing universes of engage and hedge, the sky is a different color. In the engage realm, China is the stakeholder who is picking up all sorts of responsibilities and buying lots of friends.

Travel to the hedging universe and alarms abound. Not much responsibility, and lots at stake.

In the stakeholder stakes in the South China Sea, China has staked out its stake and is staking a lot on holding everything it has staked.

China no longer has much stake in the U.S. security system in Asia. Yet Beijing is responsible for many other stakeholders shifting towards the U.S. Almost everyone in the Asian system (apart from North Korea, Russia and Cambodia) has had a Beijing-induced epiphany along Zoellick lines.

Asia’s stakeholders have a much sharper understanding of what’s at stake. The strategic love lavished on the U.S. in Asia no longer happens quietly, behind closed doors.

China has driven a change in the security mood, electrifying the hedging universe. You can debate the effectiveness or weight of the Obama rebalance. But measured by Asia’s response, the rebalance is great policy. The region just wants more rebalance and more reassurance. Thank China for driving home to everyone else in Asia, in the most direct and dramatic way, how much they have at stake.