Sustaining America’s Military Might: The Devil Is In The Details 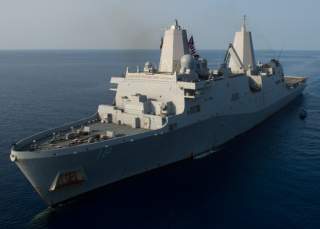 Today’s global security crystal ball is murky, but a safe assumption is that the Middle East, North Africa, and Europe will remain unsettled and nests of terrorist activity, motivation, and recruitment; with sanctions lifted Iran’s conventional military re-emergence in the region will further challenge the security environment in the Middle East; Northeast Asian allies, China, and the U.S. will continue to react to an unpredictable regime in North Korea and the increasing military heft and flexing of China will disquiet the broader Indo-Pacific region as China and the U.S. continue their strategic dance of cooperation and competition. The connectedness of our world, our interests in it, and the singular stabilizing role of the U.S. make American retreat a very bad strategic option.

Although many continue to see the compelling need for the U.S. to remain engaged militarily, American public opinion, after over a decade of war, will argue against even modest deployments of our sons and daughters to foreign lands. That aversion is reinforced by loud voices asserting other nations are not doing enough to carry their share of the load, so why should we bear the burden? Adding fuel to that argument will be the   increasing reluctance of non-allies to host U.S. forces on their soil due to increasing sensitivity of their publics of a perceived loss of sovereignty because the U.S. is conducting military operations from their bases and facilities. Regardless of those attitudes, no other nation is ready and able to step up to the global stabilizing role of the U.S. That incumbency means we must be ready for our time of continuing disorder. It cannot be business as usual. We must open our aperture of thought and get away from our recent land-centric view of military force, our current bias that most future military operations will be against ISIS or a resurgent Russia, and the dangerous assumption that our military of tomorrow will be capable and ready.

Today’s understanding and discussion of American military capability, capacity, and response is far too superficial. Debates go on about where and how the U.S. military should respond or where U.S. stabilizing presence must be. These are mostly within an insular defense policy community, and very absent in our political season among potential commanders-in-chief. So very few address the erroneous assumption that the capacity and readiness of the U.S. military are or will be as they have been in years past.

Our military, indeed any military, is what it buys in people (i.e., numbers, skills, and competence), capital investments (e.g., ships, airplanes, ground force equipment, networks), and operating accounts (i.e., deployed operations, preparatory training, and equipment maintenance). We acknowledge erratic, unpredictable budget processes are hurting our military, but we allow that internal disorder to continue. We focus too much on the total amount of spending for defense as a measure of efficacy and commitment, and how that figure can be attained through budget machinations such as raising the top line by manipulating funds in various defense appropriations. Some highly regarded defense policy experts ignore the internal pressures on defense spending and offer the simplistic solution of “doing away with sequestration” as if lifting caps on defense spending and eliminating the illogical procedural constraints of sequestration are the solution to our problem. The fact is, absent a catastrophic event American public opinion will be slow to demand a more rigorous assessment of defense needs and funding, nor will the budget floodgates be thrown open. The devil, ominously, lives in the details. Failure to dig into those details, particularly the amount available for capital investment, will leave our military inadequately prepared for the security environment and events of the future.

As we dig into those details we must measure outcomes on two scales—capability and capacity. The increasing complexity of warfare, the systems we use today, and the technology we must have for tomorrow demand capabilities better than those of our adversaries. While we must provide the very best to those we send in harm’s way; unfortunately, our fixation on capability is squelching the discussion on capacity—adequate numbers of capital assets to deter, engage, and prevail. Numbers still matter greatly. The U.S. has the great benefit of conducting military operations far from our shores thus insulating our public from conflict, but that distance adds to the numbers of things needed to provide credible, persistent forward presence.

What to do to best meet America’s strategic responsibilities going forward?

1) Get serious and call out the details of our defense budget. Cease fixating on the total amount, and honestly assess and debate the trends in the budget categories of personnel, capital investments, and operating accounts. Drive reform and make the hard political decisions in personnel policy and compensation to control those smothering costs while incentivizing the skills and competencies for the future. Face the reality that the investment account is being eroded from within by growing personnel costs. If that squeeze is not met head-on quickly, our nation’s military capacity and our industrial base that produces it will wither away. Getting it back will be a wish not a reality.

2) There is no switch that will turn ISIS and other like groups off. The fight against them will be a long slog. Our special operations forces will remain on point. Invest in their resilience. They are the best of the best, have been at it a long time, and the future will be more of the same. They and their families must have the attention and the resources to maintain the unforgiving pace and nature of their deployments.

3) The maritime Middle East is sure to become more challenging, not less. Emphasize the value and importance of offshore presence in the Middle East, and refocus on the Eastern Mediterranean and the strategic sea-lanes of the Middle East, particularly the entrance to the Red Sea and the Persian Gulf—China and Iran already are. Our Navy, frankly, has been absent from the Mediterranean Sea at a time when disorder is growing along its periphery and Russian naval forces are more present there. Return to a permanent naval presence in the Mediterranean. Consider if a Marine Expeditionary Unit (which was once the case) had been offshore and ready during the attack on our diplomatic post in Benghazi in 2012, would the outcome have been the same? In the mid and long term the impact of Iran, free of sanctions, on the Middle East’s strategic sea-lanes and choke points and on regional navies will be far greater as it recapitalizes its Navy and Air Force.

4) Honestly assess the type and capacity (numbers) of naval and air forces needed in the Pacific and Indian Oceans equal to those vast spaces and capable of reassuring allies and friends that we are the decisive force in the region. Do not benchmark naval power as the total numbers of ships in our Navy. Make the time, thoughtfully analyze, and have a meaningful discussion about the numbers and types of fighting ships and aircraft needed to address the growing anti-access area denial strategies of that region.

5) Support the Army’s current, commendable effort in redesigning (my term) its force of active, guard, and reserve. Support means overcoming cultural and bureaucratic inertia and providing the funds to train those redesigned units for prompt and repeated deployments, not just in areas of interest today but globally as uncertainty defines the future.

6) Don’t forget the mundane but essential dimension of military logistics. Increased naval presence, at-sea logistics and, regardless of how light the Army becomes, prompt sealift to move heavier units will continue to define America’s global reach and punch on land and sea.

We can drift blissfully into the future assuming the force we need is the force we will have. Strategically that is a dangerous assumption. Future global security challenges and demands may be uncertain, but what is certain is the need to urgently and honestly get into the details of what we must do to assure our future military capability and capacity.

Admiral Gary Roughead, USN (Ret.), an Annenberg Distinguished Visiting Fellow at the Hoover Institution, (2011–13) graduated from the US Naval Academy in 1973. In September 2007, Admiral Roughead became the twenty-ninth chief of naval operations after holding six operational commands and is one of only two officers in the navy’s history to have commanded both the Atlantic and Pacific Fleets.

This story originally appeared in the Hoover Institution’s Strategika