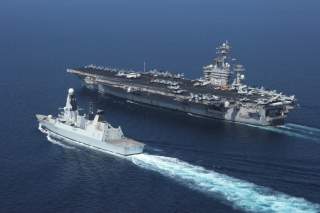 Britain is entering a period of increased uncertainty and political change which could have far reaching implications for its relations with Europe and ultimately the Atlantic Alliance. The Brexit referendum calling for the UK to leave the EU unleashed one of the most chaotic and serious political crises in the postwar period in Britain.

Fortunately, the Tory Party’s rapid selection of former Home Secretary Theresa May  to replace David Cameron as prime minister has enhanced the prospects that the divorce from the EU can be managed in a mutually productive fashion. A tough negotiator, Prime Minister May has a reputation as a moderate and a pragmatist more interested in achieving concrete results rather than political grandstanding. In the weeks since assuming the post of prime minister she has moved swiftly and decisively to assemble a new cabinet and put her stamp on foreign policy.

Reducing immigration will be at the top of her list of priorities in the withdrawal negotiations. However, May has yet to fully clarify where she stands on the issue of restricting freedom of movement of European citizens across national borders – a fundamental EU principle – while maintaining a degree of access to the single European market. She has said limits on movement would be obtained as part of future negotiations with the EU. This is likely to be one of the most difficult and contentious issues. The EU officials have warned British leaders that they cannot expect to have all of the economic benefits of membership without sharing some of the risks of immigration.

The new government’s defense policy has been marked by continuity. It reaffirmed the Cameron government’s commitment to building a follow on to the Vanguard submarine fleet armed with Trident II missiles – the core of the UK independent nuclear deterrent.

It also reaffirmed its support for the Cameron government’s decision to forward deploy a British Army battalion battle group to Estonia as part of a larger NATO deterrence and reassurance package announced during the Warsaw Summit in July 8-9.

One of the biggest and most difficult challenges that Prime Minister May faces is that she has to negotiate Britain’s withdrawal at a time when there is an increased danger that the UK could disintegrate as a multi-national state. During the June 23 referendum Scotland and Northern Ireland voted to remain in the EU while Wales and England voted to leave. Nicola Sturgeon, the leader of the Scottish National Party, argues that Scotland is being forced against its will to withdraw from the EU and has warned that a second referendum is likely. Thus Brexit could give new impetus to Scotland’s campaign for independence.

However an independent Scotland is by no means inevitable and will depend upon a number of factors. The advocates of Scottish independence may wish to go slow in this regard since Scotland’s prospects as a viable independent state has now been put into question by the collapse of global oil and gas prices. Furthermore, an independent Scotland would face the early termination of any subsidies from London and may enter the EU only after a protracted negotiation and with a commitment to become a new member of the Eurozone.  In fact, these negotiations may become very protracted. Spain is likely to adopt a hardline on a host of accession issue in order not to encourage a similar scenario by the separatist movements within Catalonia and the Basque region. Irrespective of these economic, financial, and European political challenges, the advocates of Scottish independence are very unlikely to give up their nationalist dream. If that dream is realized at the end of the decade then the recent pro-nuclear deterrent modernization vote may be critically compromised since a new Scottish government could call for the demilitarization of the two main naval bases that support the current and future nuclear armed submarine fleet.

During this period of geo-strategic uncertainty about the future of the UK during its divorce from the EU, the United States should focus on providing the UK with robust diplomatic and political support to ensure that Britain remains a major military power within the Atlantic Alliance. This includes the development of even closer military technology, industrial, and intelligence partnerships. However, Washington should be very cautious about its attempts to influence the future trajectory of the Scottish independence movement.

F. Stephen Larrabee holds the Distinguished Chair Emeritus in European Security at the nonprofit, nonpartisan RAND Corporation and was a member on the National Security Council staff in the Carter Administration. Peter A. Wilson is an adjunct senior defense analyst at RAND and professor at the Security Studies Program, Georgetown University.