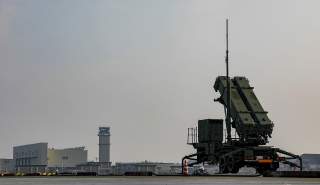 As tensions with Russia continue to rise, Sweden has requested that the United States supply it with Lockheed Martin’s Patriot PAC-3 missile defense system. Stockholm would use the weapons to deter any potential aggression by Moscow.

“The proposed sale of the Patriot missile system will improve Sweden’s missile defense capability,” reads a statement from the State Department’s Bureau of Political Military Affairs. “Sweden will use the Patriot system to defend its territorial integrity and promote regional stability. The proposed sale will increase the defensive capabilities of the Swedish military and support interoperability with U.S. and NATO forces. Sweden will have no difficulty absorbing this equipment into its armed forces. The proposed sale of this equipment and support will not alter the basic military balance in the region.”

One of the reasons that Stockholm is looking to boost its missile defense capabilities is because of Swedish suspicions that Moscow might have designs on the Baltic Sea island of Gottland. There are some within Swedish national security circles who believe that the Russians might try to seize the island to secure control over the local waterways.

However, it is not clear if Moscow has any such designs—or that it would need to control Gottland in order to secure control over the Baltic Sea. In fact, if Russia deployed Bastion-P anti-ship missile batteries in Kaliningrad, Moscow could effectively control those waterways without a single Russian soldier ever setting foot on Swedish territory.

Nonetheless, the PAC-3 would significantly boost Swedish defense capabilities, particularly against short-range ballistic missiles. The weapon is effective against cruise missiles, tactical ballistic missile and against enemy combat aircraft, which makes it idea for Swedish purposes.

Overall, the Patriot should serve the Swedish military well once the purchase is finalized.