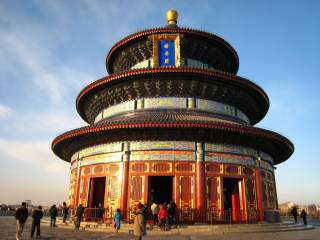 All signals from the Trump White House indicate that the new US President is seemingly ready and willing to outsource the entire Syrian conflict to his Russian counterpart Vladimir Putin, who will be given a free hand to hammer out an endgame to his liking so long as he eradicates Islamic State (ISIS), empowers Syrian Kurds, and expels Iran and Hizbullah from the Syrian battlefield.

But even if he does, Putin faces one major problem: raising money for the reconstruction of Syria once the guns go silent? The country is in shambles and needs an estimated US$1 trillion to recover and reconstruct – money that he clearly doesn’t have, especially not after his Syrian escapade has cost the Russian Treasury no less than US$3 million daily since 2015.

Oil-rich Gulf countries will not pay for the reconstruction if Bashar al-Assad stays in power, and neither will Iran, which is already struggling economically and warding off a potential standoff with Donald Trump.

China, however, is seemingly both willing and able to pay the lion’s share of reconstruction – if given the proper economic incentives, along with other countries in the BRICS framework, an association of five emerging and powerful economies (Brazil, India, South Africa, and of course, Russia and China).

All are Group of 20 members distinguished by fast-growing industrial economies, representing more than 3.6 billion people – half the world’s population – with a combined gross domestic product (GDP) of US$16.6 trillion, equivalent to around 22% of the world’s GDP.

Putin sees them as a gold mine, and hopes to tap into their money during the rebuilding process in Syria, a reward for standing by his side and refusing to part ways with Damascus since the outbreak of the current conflict in 2011.

Some have already started talking business with the Syrians, taking their cue from the Russian President. Last summer, for example India decided to jumpstart a US$320 million power plant project, overseen by Bharat Heavy Electricals Ltd (BHEL) and completion of a steel plant in the ancient city of Hama on the Orontes River.

For its part, China remains firmly committed to a peaceful solution to the Syrian conflict, insisting nevertheless that toppling regimes through foreign intervention is a thing of the past, echoing a position it took back in 1999 during the Nato bombings in Kosovo and the 2011 Nato war in Libya.

Beijing has already used its veto power at the UN Security Council – twice – to drown French and Saudi-backed resolutions against Damascus.

The Global Times, published by the Communist Party’s flagship People’s Daily, said that China had deployed special advisors and military personnel in Syria, providing the Syrian Army with sniper rifles and rocket launchers.

The Chinese are highly concerned with the increasing number of Chinese Muslim Uyghur militants fighting alongside Syrian rebels in the Syrian north and want to make sure that their Damascus allies are well-equipped when it comes to eradicating them.

One of those militants, an Istanbul-educated fighter, had returned from Aleppo to Xinjiang in northwest China and was arrested while planning a series of terrorist attacks. According to sources, China only realized how well-trenched the Uyghurs were in Syria after sending a double-agent into ISIS-held territory, who reported to Beijing that no less than 300 of them are fighting in Syria. China wants them either eliminated or extradited back home, where they stand trial as war criminals.

Damascus has been providing valuable counter-intelligence support to the Chinese government, with piles and piles of papers on who is fighting in Syria, and where they are located.

Bilateral relations between the two countries are not new and started back in 1956, when along with Egypt, Syria was the first Arab country to recognize the People’s Republic and send an ambassador to Beijing.

In 1988, China sold M-9 missiles to Syria, and in 1996, started selling military technology as well. In 2004, Assad was the first Syrian leader to make a state visit to Beijing and, at the start of the Syria war, China ranked as Syria’s top trading partner, ahead of Russia, with exports totalling US$2.4 billion in communications, electronic equipment, and heavy machinery.

China has invested heavily in Syria’s oil industry, with the state-owned China National Petroleum Corporation holding shares in two of Syria’s largest oil firms, operating in Hayan oilfield. A multibillion-dollar deal for the exploration and development of other oil fields still stands, but is now frozen because all of them are in the hands of ISIS.

The Chinese Embassy, located a stone’s throw from its American counterpart in the Syrian capital, has not closed since the outbreak of the present conflict. It still functions at an ambassadorial level, with privy access to economic deals, and reconstruction projects that are still off limits to regular bidders and countries eyeing the reconstruction process. The chances of it getting a big chunk of the reconstruction cake is high; signed off, of course, by none other than President Putin himself.

Sami Moubayed is a Syrian historian and founding chairman of The Damascus History Foundation. He is a former Carnegie scholar and Research Fellow at St Andrews University.