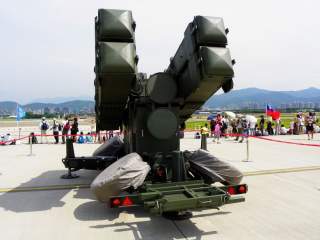 Geopolitical strategists see Taiwan as an ultimate test of Chinese and American resolve. But how strong is Taiwanese resolve?

Taiwan has been a relative oasis of Asian geopolitical calm in recent years, with cross-strait ties improving gradually. American observers like Kurt Campbell see Taiwan as a rare case of quiet Sino-American diplomacy (see video). In a relationship where, as Campbell says, competition far exceeds cooperation, an uneasy Taiwan consensus has been achieved. Still, circumstances can change quickly and unexpectedly, especially when Taiwanese elections loom.

Michael Cole and Hugh White both see Taiwan's eventual fate as a contest of American and Chinese resolve, though they differ mightily on the prescription. Less prominent in their debate is the question of Taiwan's own resolve. How strong is its will? Does Taiwan even have a national consensus about its sovereignty? Might it stumble unwittingly into provoking China and America to quarrel? Other authors have warned that it is Taipei's own actions which are likely to be the precipitate factor in a conflict.

The clearest signal of Taiwan's resolve is its defense policy. There are other examples of small, rich, besieged states in hostile neighborhoods. Singapore, Sweden, Switzerland, Finland and the Gulf emirates come to mind. What they do is simple: they arm themselves to the teeth. Suffering from limited strategic depth and an unfavorable power asymmetry, they defend themselves to the extent that a potential attacker would face unappealing casualty rates or even the prospect of outright defeat. By contrast, unwisely governed countries, when faced with such a power imbalance, disarm, neglect economic development, become corrupt, and throw themselves on the tender mercies of powerful neighbors. The reader is invited to think of examples.

Taiwan did once take its defense seriously. It built a network of combat jet shelters and quick-repair airstrips on its highways. A long time ago when I worked there, remnants of the KMT's martial culture were still visible. They held regular air-raid drills and once we had to assemble in an underground civilian shelter. Back then the idea of a “BOOB” was laughable, but today things have radically changed to Taiwan's disadvantage. Not only does the mainland's power massively outmatch Taiwan's, its influence is so mighty that the island can no longer buy advanced weapons from friendly suppliers.

China has attracted the money, talent and affections of much of Taiwan's entrepreneurial class too. Yet it is not clear that Beijing has earned their true loyalty; nor does the rest of Taiwanese society easily accept reunification. Things could still go badly awry.

If things get really desperate, eventually Taiwan may find itself in another category: the security state. Israel, Pakistan and North Korea all have astutely and covertly sought strategic assistance from abroad, and have exerted desperate effort ('internal balancing') to defend themselves. But those three countries also have something else in common. A Taiwanese nuclear capability would cross Beijing's redline and provoke its immediate action.

Therefore Taiwan's only real choice, other than reunification, is to make itself truly unpalatable for Chinese expeditionary forces. Like Singapore or Israel, it must become a “poisonous shrimp” or a “porcupine.” Of course, it can still be harmed in other ways – missile barrages, a coup, a cyber-strike, embargo, and so on – but Taiwan's physical security must be its paramount concern. It is reported to be working on the same sort of “anti-access” systems that China itself deploys along its coast.

Taiwan today could prosecute a fearsome independent self-defense doctrine, if it wanted to. Despite a small population and limited strategic depth, Taiwan punches way above its weight in techno-economic terms. It has excelled at electronics and semiconductors, critical to modern warfare. Its largest company TSMC, is one of the three most advanced semiconductor manufacturers in the world (alongside giants Intel and Samsung). Beyond electronics, Taiwan has developed excellence in precision mechanical industries and optics, and its firms are leaders in surprising sectors like auto parts and specialty chemicals. It has a large nuclear generation sector and a bullet train network. So it has the industrial infrastructure to develop serious military systems.

More significantly, Taiwan has the financial muscle to do so. Taiwan has quietly pursued probably the most ruthless mercantilist agenda of any modern state. To encourage exports and discourage imports, Taiwan pursued financial repression and a currency debasement that make today's currency interveners look like free-market liberals. During the 1980s and 1990s, one expert marveled that the Taiwan central bank's “volume of sterilization instruments reached 40 percent of total bank deposits...and more than twice the size of the monetary base.”

For non-economists, this means cheapening its currency on a scale so vast that its entire banking system is distended by the policy. The legacy remains to this day. Taiwan's US$400 billion of exchange reserves, divided per capita, are bettered only by the banking cities of Hong Kong and Singapore. With a stingy minimum wage of only US$4 per hour, wealthy Taiwan is a national corporate savings machine.

In short, Taiwan's economic policy has been about as fierce, brazen and willful as it gets. Of all the small, vulnerable countries trying to build the techno-economic foundations to deter a more powerful adversary, Taiwan is an exemplar. It is a veritable fortress economy. Whether it converts these piles of money into the means to defend itself is entirely a matter of Taiwan's resolve.

This piece was originally posted at the Lowy Interpreter here.