Taiwan Has a Plan to Find (And Destroy) China's Stealth Fighters 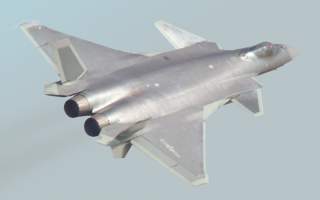 The Taiwanese military will deploy mobile passive radar systems to fend off stealth aircraft from China after rumors Beijing may dispatch its J-20 fighters to circumnavigate the island.

Two radar units – developed by the ministry-affiliated Chungshan Institute of Science and Technology – would be deployed some time this year for operational testing, with mass production and deployment expected by 2020, the Taipei-based Liberty Times quoted a defense ministry official as saying.

The institute has been working for years incorporating Western military technologies into its mobile passive counter stealth aircraft radar system, which would be able to detect, track and lock on to targets at long range.

The military has envisioned a defense system comprising passive means involving a land-based advanced radar system and active means made up of F-16 jets.

The island’s fleet of upgraded F-16s are also to be mounted with the cutting-edge APG-83 scalable agile beam radar against stealth fighters, which will deliver “a quantum leap in capability” for the plane. Upgrades to Taiwan’s existing F-16 fleet started in January 2017.

These airborne radar units would be remotely linked to land-based phased array radar systems and “magnify” the cross-section to detect objects without emitting radiation, making them less vulnerable to electronic warfare interference and anti-radiation missile attacks, a fact sheet published by the Chungshan Institute said.

“The military must plan for and deploy counter-measures to preempt [the breaches of Taiwan’s airspace by more advanced Chinese stealth warplanes],” said the official.

Previously, the island’s defense ministry had warned that the J-20’s entry into service could erode the detection range of advanced warning radar systems or even lead to the complete loss of advanced warning and quick reaction capabilities of the Taiwanese Air Force.

It is believed that apart from its indigenous J-20s, the People’s Liberation Army Air Force has also been coating its Sukhoi Su-35 squadron imported from Russia with radiation-absorbing paint to give them a measure of stealth, part of Beijing’s bid to boost the size of its fleet of stealth aircraft amid mounting pressure on the breakaway island.

On Friday last week Beijing dispatched formations of Su-35 fighters and H-6K bombers that flew around Taiwan, the first time the bombers were sent on such a patrol.