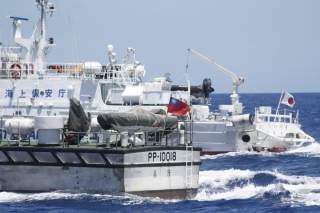 In his article “Taiwan Can’t Save the South China Sea,” Michal Thim unfortunately doesn’t seem to grasp the true essence of both the East and South China Sea Peace Initiatives proposed by Republic of China (ROC, Taiwan) President Ma Ying-jeou. He also misses the widespread positive responses to the ongoing development of the initiatives.

Mr. Thim’s argument that the East China Sea Peace Initiative (ECSPI) was ignored by parties concerned is totally ignorant to the fact that Taiwan and Japan signed a fishery agreement in April 2013, eight months after the ECSPI was enunciated by President Ma, solving a four-decade-long fisheries dispute between the two countries. The agreement, which realizes the initiative’s spirit that “although sovereignty over national territory cannot be compromised, natural resources can be shared,” covers about 70,000 square kilometers of waters around the Diaoyutai Islands where fishermen from each side may operate without interference from the coast guards of the other party. It has elicited supportive comments from many others, including U.S. Secretary of State John Kerry, who stated in response to a question posed by a member of Congress that the fisheries agreement “can serve as a model for promoting regional stability despite conflicting maritime claims. … This principle, which is enunciated in the East China Sea Peace Initiative, is relevant across maritime Asia.”

In view of the rising tensions in the South China Sea, President Ma proposed the South China Sea Peace Initiative (SCSPI) on May 26 based on the successful peacemaking experiences in the East China Sea. The SCSPI calls on all concerned parties to exercise restraint and refrain from taking any unilateral action that might escalate tensions. It also emphasizes the importance of respecting the principles and spirit of relevant international law, including the Charter of the United Nations and the United Nations Convention on the Law of the Sea, in dealing with regional disputes. Quite to the contrary of Mr. Thim’s assertion that Taiwan’s SCSPI proposal carries little weight and that “no one appears to be listening,” the U.S. State Department expressed its appreciation for the proposal through its spokesman immediately after President Ma’s speech.

It is a groundless speculation that the credibility of Taiwan’s peace initiatives could be damaged out of fear that Taiwan would cooperate with mainland China based on overlapping territorial claims. The ROC government has never cooperated with mainland China on issues related to the South China Sea, nor has it entertained any idea of doing so.

President Ma’s initiative is significant in that it will help stabilize the region. It demonstrates that Taiwan is willing and able to constructively engage in managing disputes. All parties that have an interest in the maintenance of peace and stability, better management of disputes, and prevention of miscalculation should support Taiwan’s initiative proposed by President Ma.

Frank Yee Wang is the Director of the Press Division at the Taipei Economic and Cultural Representative Office.