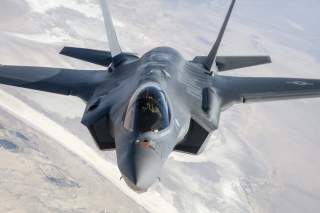 On the eve of the confirmation hearings on the nomination of Gen. James Mattis to be the secretary of defense, it’s worth thinking about what the Congress and the public need to know before signing off on his selection.

1) Civilian Control of the Military:  Gen. Mattis, in order to serve as secretary of defense, you will need a waiver of the longstanding law that bars military officers who have been out of the service for less than seven years from serving in that position.  The rationale for that prohibition is the importance of upholding the principle of civilian control of the military, on the theory that civilians should be in charge of larger issues of strategy and foreign policy.  There is a danger that former military officers serving in civilian posts will tilt towards military solutions to complex foreign policy problems.  Our foreign policy is already highly militarized, as the Pentagon takes on a wide array of tasks that have traditionally been the purview of the State Department and other civilian agencies, from economic development to security assistance to interactions with foreign leaders.  And we have been at war, directly or indirectly, in over a half dozen places in this century.  As secretary of defense, what would you do to ensure that there is a balance between civilian and military tools of influence in U.S. foreign policy? What are your criteria for resolving security challenges through the use of military force versus the use of non-military measures like diplomacy and economic policy?

2) Iran: You have identified Iran as the primary threat to the security of the Middle East, and counseled military action against Iranian targets at a time when your colleagues in the Obama administration suggested that it would do more harm than good.  President Trump’s choice for his national security advisor, Gen. Michael Flynn, goes further, suggesting that Iran is the “linchpin” of a “working coalition that extends from North Korea and China to Russia, Iran, Syria, Cuba, Bolivia, Venezuela, and Nicaragua.”  The last time we heard rhetoric of this kind was in the run-up to the 2003 invasion of Iraq.  As secretary of defense, what posture will you take towards Iran?  What actions on the part of Iran would prompt you to advocate the use of military force?  What follow-on consequences do you foresee if the United States were to take military action against Iran? Do you see any potential for resolving security differences between our two nations through negotiation?

3) Iran (II) – The Nuclear Deal: To your credit, you have suggested that it makes more sense to carefully enforce the multi-party agreement designed to prevent Iran from developing a nuclear weapon than it does to rip it up, as some of your potential colleagues in the incoming administration have suggested.  Will you forcefully express this opinion during Trump administration policy discussions of the issue?

4) Pentagon Spending: During the campaign, president-elect Trump called for a major buildup of the U.S. military, including increasing the size of the Navy from 272 to 350 ships, adding tens of thousands of soldier and Marines, going full speed ahead on the Pentagon’s plan to spend up to $1 trillion over the next three decades on a new generation of nuclear-armed aircraft, missiles and submarines, and building a robust, Star Wars-style missile defense system.  By one estimate this could cost $1 trillion more than currently projected levels over the next ten years.  But even this massive increase may not be enough to pay for everything on President-elect Trump’s current wish list.  In addition, current plans call for this buildup to be carried out alongside a $1 trillion infrastructure plan and deep tax cuts that could deprive the federal government of trillions in revenue for years to come.  Former chair of the Joint Chiefs of Staff Gen. Mike Mullen has said that the debt is the greatest threat to our security.  Do you agree, and if so what will you advocate as secretary of defense to help keep deficits from spiraling out of control? As secretary of defense, what will you do to keep costs down at the Pentagon?  If there were increases in Pentagon spending, what would you prioritize?

5) Pentagon Spending (II): Misguided Expenditures: President-elect Trump has raised questions about the excessive costs of major procurement programs like Air Force One and the F-35 combat aircraft.  As secretary of defense, what measures would you suggest to get these programs under control?  Given that it has serious performance problems and is clearly not ready for combat, would you consider slowing down purchases of the F-35 until it can be established that the aircraft can perform as advertised?  Would you consider the idea floated by President-elect Trump of having Boeing provide estimates of the cost of producing upgraded F-18s to replace part of proposed F-35 buy?

6) Pentagon Spending (III) – Auditing the Pentagon:  As a candidate, Donald Trump said that if elected, he would order a full audit of the Pentagon.  The Pentagon is currently the only federal agency that can’t pass an audit, despite being required to by a law that was passed 27 years ago.  The Department of Defense can’t answer basic questions like how many contractors it employs or how many spare parts it has in its inventory.  Absent better bookkeeping, the Pentagon is extremely vulnerable to waste, fraud and abuse. As secretary of defense, would you make auditing the Pentagon a top priority?  What benchmarks would you propose so the taxpayers and the Congress can be assured that the Pentagon is making progress towards getting its books in order?

7) Nuclear Weapons (I) – Nuclear Strategy: President-elect Trump has generated concern with his statements about when and whether he might order the use of nuclear weapons, and about his willingness to engage in a new nuclear arms race.  What is your view on when, if ever, it would be appropriate to launch U.S. nuclear weapons? If the main purpose of U.S. nuclear weapons is to prevent other countries from even thinking of launching a nuclear strike against us, how many deliverable warheads do we need? The Pentagon itself has suggested that 1,100 warheads would be sufficient for this purpose, and independent experts put the number much lower, at anywhere from 300 to 900.  We currently have over 4,500 nuclear warheads deployed or stockpiled, and are scheduled to deploy 1, 550 of them under the New START treaty.  How much is enough?  And what is your opinion of the calls by presidents from Ronald Reagan to Barack Obama to take steps to eliminate nuclear weapons altogether?

8) Nuclear Weapons (II) – Nuclear “Modernization”:  The Pentagon is currently engaged in a three-decade, $1 trillion effort to upgrade and operate a new generation of nuclear-armed bombers, missiles and submarines.  In the past, you have questioned the value of land-based ballistic missiles.  As Secretary of Defense, would you consider calling for the elimination of land-based missiles and other dangerous and redundant systems like the proposed nuclear-armed cruise missile?  Would you support a study aimed at revising the Pentagon’s excessive, outmoded list of nuclear targets?  What priority would you place on nuclear forces versus other defense programs like conventional forces or cybersecurity?

9) Conventional Arms Sales: The Obama administration has made more offers of weapons under the Pentagon’s Foreign Military Sales program than any administration since World War II.  Many of these exports have gone to Saudi Arabia, which is engaged in a brutal bombing campaign in Yemen that has killed thousands of civilians and created a major humanitarian catastrophe, even as it has opened space for groups like al-Qaeda in the Arabian Peninsula (AQAP) and ISIS to increase their footholds in that nation.  As secretary of defense, would you advocate an end to U.S. military support for the Saudi bombing campaign in Yemen, and take a close look at the costs and consequences of U.S. arms transfers to the Middle East?

10) Military Strategy: Current U.S. strategy calls for the capability to intervene literally anywhere in the world on short notice. In order to accomplish this, the United States maintains hundreds of military bases around the world, sustains the world’s most capable and widely deployed Navy, and sends U.S. Special Forces on missions inover 80 nations each year.  The use of force in recent conflicts, from Iraq to Afghanistan, has not achieved the stated objectives, and in some cases has made matters worse.  The Cato Institute has joined other security experts in calling for a strategy of military restraint that would limit itself to defending core interests, scale back the U.S. global presence, and maintain a surge capacity to project forces overseas only when and if needed, while relying on allies to do more in their own defense.  Pursuing such a strategy could save hundreds of billions of dollar in the years to come.  Some elements of this approach, such as asking allies to do more and avoiding wars of regime change and nation building, coincide with statements made by President-elect Trump on the campaign trail.  As secretary of defense, would you consider shifting U.S. strategy towards one of restraint rather than intervention?