As Tensions Rise in the South China Sea: The Philippines' Military Modernizes 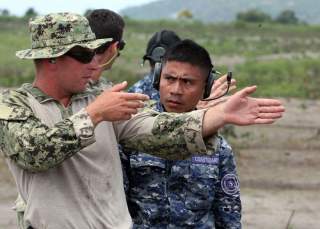 The Government of the Republic of the Philippines is presently engaged in a concerted effort to modernize its military into a force capable of projecting a posture of credible external deterrence. The overarching goal of that transformation is to equip the Armed Forces of the Philippines with the necessary capabilities to protect the territorial integrity of the state, offset evolving foreign defense challenges, and ensure the attainment of Manila’s strategic maritime interests—particularly as they relate to claims in the South China Sea (SCS). To that end, three central innovations have been emphasized in the short-to-medium term.

First is the establishment of “appropriate strategic response forces,” developed in all branches of the military, to undertake integrated defensive missions and deter potential external threats that could harm the country’s core national security interests.

Second is the creation of an enhanced C4ISR system to support the joint command and control of strategic defense operations and improve situational awareness through the faster collection, structural fusion, analysis and dissemination of shared information.

Third is the development of a modern, space-based satellite communications network to work alongside improved C4ISR platforms in availing nationwide coverage for Philippine sovereignty surveillance and reconnaissance.

Two factors, in particular, have been instrumental in driving the reform process:

- Heightened territorial competitiveness in the SCS, where China has adopted an increasingly forward-leaning posture to enforce its self-proclaimed historic jurisdiction over the disputed Paracel and Spratly Islands, the Scarborough Shoal and Macclesfield Bank.

President Benigno Aquino III has sought to address Beijing’s claims in the SCS by reorienting defense expenditure away from internal to external security. Problematically, his administration’s planned upgrades are unlikely to be enough to credibly deter PRC assertiveness in the short term. And the government has yet to articulate a viable strategy for overcoming the fiscal constraints that a complete re-modeling of the Philippine military would require over the medium term.

One viable solution to that predicament is to revisit current and future procurement plans for advanced aircraft, ship and intelligence capabilities and instead concentrate available national resources on creating an effective land-based system of anti-ship missiles (ASMs). Establishing an integrated network of this sort would be far cheaper than attempting to institute a complete process of defense transformation. It could also be put into service relatively quickly and if properly configured should be able to provide adequate coverage of Manila’s claims in the Spratlys and possibly even the Scarborough Shoal.

The United States has a vested interest in supporting the Philippine government’s current defense transformation plans—not least because it could help to counter Beijing’s assumed intent to exert uncontested sovereignty over the SCS. But actively assisting Manila in procuring advanced aviation, naval and communication platforms in the numbers required to credibly offset China’s own growing military prowess would be both expensive and potentially dangerous in terms of further straining what is already a stressed political relationship between Washington and Beijing. Helping with the establishment of a mobile coastal defense system would be far cheaper and much less contentious. Just as importantly, it would help to engender a capable and self-reliant partner more readily positioned to resist undue pressure from Beijing.

Now that the Philippines has reoriented its defense priorities from internal to external security, should Australia realign its own aid package—which has traditionally prioritized law enforcement capacity building—to a more concerted focus on promoting military force projection? The answer is no, for at least two reasons.

First, the Philippine police and judicial system remains weak, continuing to confront an array of difficulties that include corruption, inefficient case management, intra-agency competition, inadequate investigative skills and intelligence stove piping. Prematurely terminating ongoing Australian initiatives to address those problems would represent a significant waste of resources and could lead to a domestic enforcement void that once again allows internal threat actors to assume prominence.

Second, it could exacerbate tensions with Canberra’s main economic partner—China. Adopting an explicit posture of military support for Philippine claims in the SCS would likely reinforce a perception in Beijing that the current Abbott administration is fully committed to working with Washington in strategically containing the PRC in the Asia-Pacific. At best, that could complicate the consolidation of future economic/trade agreements; at worst, it could encourage China to search for new (non-Australian) sources of energy resources and alternative markets for its exports.

Peter Chalk is a senior political scientist at the RAND Corporation. This post is a summary of Peter’s latest ASPI Special Report, Rebuilding while performing: military modernization in the Philippines, available for download for free here. This article was originally posted on ASPI’s The Strategist Blog here.