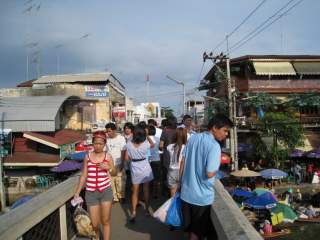 For nearly fifteen years in the 2000s and early 2010s, Thailand’s economy, once one of the fastest-growing in the world, survived the effects of near-constant political turmoil, natural disasters, and worries about the country’s future in the wake of a looming royal succession. Even after the massive floods in the monsoon season of 2011 that destroyed much of the industrial estates north of Bangkok, home to auto parts, disk drive, and other key manufacturing plants, Thailand’s economy rebounded strongly. Even after street protests in Bangkok in May 2010 led to a brutal military crackdown in which much of the downtown wound up looking like a war zone, several major commercial buildings were torched, and at least 90 people were killed, Thailand’s economy rebounded. Tourists continued to come to the kingdom—more than 22 million in 2012, the year after the flooding—and in 2012 Thailand’s GDP grew by over six percent.

Many observers of the kingdom believed that, after the May 2014 coup, the Teflon economy would display its usual resilience. In fact, a large majority of the CEOs of the largest Thai businesses in Bangkok allegedly supported the military putsch, publicly or privately, according to multiple businesspeople and journalists who have spoken with top Thai CEOs. In part, they may have supported the coup because they believed that, at its heart, the Puea Thai Party and its leaders either were republicans or could not be trusted to be in power at a time of royal succession. (There is little evidence that Puea Thai leaders actually have republican sentiments.) But business leaders also may have supported the coup since they believed the generals could bring a modicum of stability, and since Thailand’s economy had performed strongly in the 1980s during a long period of de facto military/technocratic rule.

But the era in which Thailand’s economy could withstand any political turbulence, and would continue to attract tourists and foreign investors, appears to be over. Fifteen years of political chaos has distracted Thai policymakers from making important investments in infrastructure or the country’s education system, which has never been upgraded to prepare people for a middle-income economy. In particular, Thailand’s English classes and information technology classes lag badly behind those of Thailand’s regional competitors. A recent article in Singapore’s Today notes that “Thailand ranks 55th out of 60 countries on the English Proficiency Index, the world’s major ranking of English-language skills. That is the lowest among Southeast Asian countries.” This despite the fact that several other countries in Southeast Asia are far poorer than Thailand and have much less resources than Bangkok to help promote English education. As the Association of Southeast Asian Nations moves toward a single market in goods and services, English skills will be even more important for businesses that want to attract regional investment and for workers in a range of industries looking for opportunities throughout ASEAN.

The country’s seemingly endless turmoil also finally seems to have deterred investors, who for years continued to pour money into the kingdom because of its natural attractiveness and history of liberal investment policies. At the same time as Thailand stalls, other countries in the region, like the Philippines, Myanmar, Vietnam, and even Indonesia have promoted policies that have made them more attractive to foreign investment. The Japanese government continues to court Bangkok, even after the coup, as a means of stalling the Thai generals approach to China; Japan’s desire to blunt China’s influence is likely the major reason why Tokyo is proposing its own plan for funding a rail line in Thailand. (The Chinese government has proposed its own, competing rail project in the kingdom.) Yet unlike the Japanese government, private sector Japanese investors are not so bullish on Thailand. Japanese investors, the biggest group of foreign investors in the kingdom, have begun to shift new investments to Vietnam and other countries in the region. Other foreign investors have become increasingly cautious in approving new Thailand projects.

A recent Bloomberg analysis of the growth rates of major Southeast Asian economies showed that, since 2010, Thailand’s GDP growth rate has been about half that of neighboring Malaysia, Indonesia, and the Philippines. And in 2015, the World Bank projects that Thailand’s growth rate will again be the lowest in the region. Thailand’s central bank last week cut its own forecast for Thailand’s 2015 growth rate. Expect it to cut that forecast further as the year progresses.

Joshua Kurlantzick is a senior fellow for Southeast Asia at the Council on Foreign Relations (CFR). This article originally appeared on CFR’s Asia Unbound blog, here.