Thanks to Russia, Iran Could Lose Control of the Syrian War 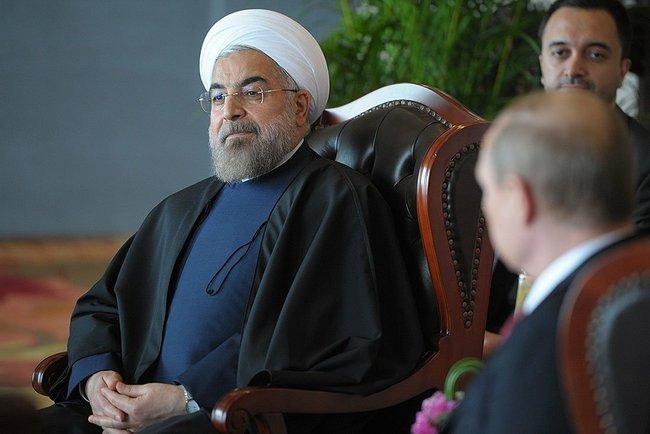 Iranian Supreme Leader Ayatollah Ali Khamenei did not need Russian cruise missiles crashing inside the Islamic Republic to understand that Russia’s new gambit in the Syrian civil war may spin beyond Iran’s control. As I warned earlier, bringing Russia in to help save Bashar al Assad’s regime in Damascus could risk Iran’s strategic command of the situation in Syria.

Tehran’s commitment to maintaining an allied state in the Levant is firm. Iran cannot afford to lose the vital deterrence (and ideological bona fides) against Israel that its military proxy Lebanese Hezbollah provides. And without at least a semi-functioning nation state next door in Syria, Iran cannot hope to effectively supply and support the group. Syria remains an existential problem for Iran.

But Tehran has been losing the Syrian fight since the civil war broke out on 2011. After major setbacks for Syrian government forces in 2012, Iran persuaded a reluctant Lebanese Hezbollah to send in ground forces in early 2013. That helped stabilize Assad’s position for a while, but by 2015 the regime was again at risk of losing its most critical positions near the Mediterranean coast and Damascus. Desperate times apparently drove Iran right into Moscow’s arms.

Understanding how the joint Russian-Iranian effort in Syria came to be is necessary to projecting how it will evolve. Unconfirmed reports imply Iran—more specifically Islamic Revolutionary Guard Corps (IRGC) Quds Force Commander Qassem Soleimani, who holds the Iraq and Syria portfolios—began reaching out to the senior Russian leadership this past spring. Talks about potential intervention by Moscow probably colored, if not presaged, Soleimani’s cryptic statement on May 31 that the world will be “pleasantly surprised” by Iran’s next moves in Syria.

More concrete plans likely went into motion after the nuclear deal was announced. Supreme Leader Khamenei met with Russian Foreign Minister Sergei Lavrov over the summer. Soleimani went to Moscow allegedly on July 24 and then again sometime in September. While there, the Quds Force Commander supposedly worked with Russian security leaders on the military plans we now see in action in Syria, including establishment of a Syria-Hezbollah-Iran-Russia joint intelligence center outside Latakia.

These operations, in principle, should buttress Iran’s struggling campaigns in Iraq and Syria. They will also effectively end the US-led coalition’s ability to broadly conduct air strikes or establish a no-fly zone in Syria. Moscow’s move is primarily driven by specific Russian goals, however: shoring up the Assad regime, ensuring Russia has a stake in the settlement, countering Islamist terrorism, and buttressing Russia’s broader strategic position in the Middle East.

This new campaign has buy-in from both Tehran and Moscow, but it carries potentially significant costs at the strategic level for Tehran. Russia will have more leverage in negotiations to reach a settlement, the terms of which may not benefit Iran. Retaining Assad, or someone just as pliable for Iran, may not be as important for Putin. Russia may also take a bigger role in Iraq--Iran’s backyard--under the premise of fighting ISIS there.

There are similar tradeoffs at the operational level. With enhanced air power and other support provided by Moscow (advisors, “volunteers,” and new equipment for the under-resourced Syrian army), Tehran has taken even greater ownership of the ground campaign. Russia and Iran are both seeking to reverse the Syrian forces’ spring losses, which dangerously threatened Latakia and the heartlands of the regime. While Idlib is a lesser priority, they will likely focus on regaining control of Homs and Hama provinces (including Dara’a) and recapturing Aleppo. ISIS is a second order priority for now. Real targeting challenges will come later, though, as Russia and Iran debate which jihadist groups pose the greatest threat to their respective homelands. Iran’s risk from further Russian military miscues and friendly fire incidents goes without saying.

More differences will be hard to escape in the coming months. Moscow, unlike Tehran, does not want to confront Tel Aviv. The Kremlin is not eager to become entangled in Iran’s new strategic play on the Golan Heights to build another front against Israel. America’s ISIS campaign will also be hampered by Russian presence in Syria, which may have unintended second-order consequences for Iran’s dragging campaign against ISIS in Iraq.

Moscow is also more worried than Iran about maintaining good relations with the Gulf States. Russia may not be willing to go as far as Tehran wants against Saudi-backed group interests. The Kremlin, though, may not be able to avoid becoming entangled in the regional sectarian fight fueled by Tehran’s rivalry with Riyadh. As the Saudi-led coalition makes gains in Yemen against Iranian-backed Houthis and flows greater materiel support to Syrian rebel groups (especially more sophisticated anti-air and anti-armor weapons), Russia may not want to take the fight in Syria as far as Iran needs it to. Even if Tehran was the catalyst for Russia’s dramatic entrance in the Syrian fight, serious questions remain about who exactly is driving this train and whether Moscow can be trusted to support Iranian interests. There is a high risk the answer will ultimately not be favorable to Tehran.

Editor’s Note: This blog originally appeared on AEIdeas blog. You can find it here.