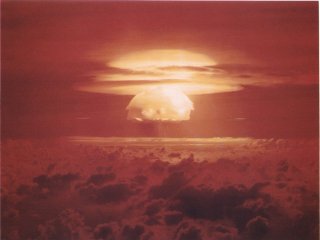 The United States is facing a $1.2 trillion bill through 2046 to modernize and sustain its nuclear arsenal according to a new report from the Congressional Budget Office.

“To continue to field a nuclear force roughly the same size as it is today, the United States plans to modernize virtually every element of that force over the coming decades,” reads a CBO summary of its report. “CBO estimates that the most recent detailed plans for nuclear forces, which were incorporated in the Obama Administration’s 2017 budget request, would cost $1.2 trillion in 2017 dollars over the 2017–2046 period: more than $800 billion to operate and sustain (that is, incrementally upgrade) nuclear forces and about $400 billion to modernize them.”

“In its first few months, the Trump Administration began a new Nuclear Posture Review to determine a nuclear policy and force structure ‘appropriately tailored to deter 21st century threats,’” the CBO report states. “That review may recommend changing modernization plans and force sizes inherited from the Obama Administration to reflect the Trump Administration’s priorities for nuclear forces or to shift resources to address other defense priorities in the face of long-term budgetary pressures.”

Modernization costs are broken out by system.

Overall, CBO estimates that planned modernization would cost $399 billion through 2046 and include these programs:

The CBO looked at nine options that would the Congress and the White House might be able to use to reduce or delay those costs. However, each option comes with its tradeoffs. One option would delay development of the Air Force’s new ICBM, the B-21 bomber, and their interoperable warheads. Others would eliminate a leg of the nuclear triad or reduce the number of delivery vehicles substantially.  The CBO also looked at options that would cut the nuclear deterrent below the stipulations of the New START Treaty.