The 2 Percent NATO Benchmark Is a Red Herring 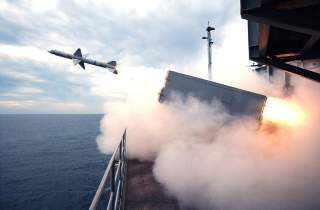 The usefulness of America’s allies was severely questioned during Donald Trump’s election campaign. Allies were presented as costing America a considerable amount and giving little in return. The title of an article in Foreign Affairs summed up this perception: “Ripped Off: What Donald Trump gets Right about U.S. Alliances.”

This election platform is now being translated into action. Secretary of Defense James Mattis declared that “the political reality in the United States . . . the fair demand from my country's people in concrete terms” is that American allies must increase defense spending by year’s end towards a 2 percent GDP target. If they don’t, the United States will “moderate its commitment” to them. Mattis elaborated, “No longer can the American taxpayer carry a disproportionate share of the defense of western values. Americans cannot care more for your children’s security than you do.”

Mattis’s comments were directed to NATO but also address concerns about all of America’s allies. It must be noted, however, that NATO members agreed in 2014 to work towards a 2 percent GDP objective over the next decade. Such pronouncements have been made before—at least about NATO. What is different this time is the public perception of America being “ripped off” by all its allies, in addition to the election of a president determined to place “America First.” America’s allies are now believed to have made the country weaker and less secure. As President Trump declared at his inauguration, America has “subsidized the armies of other countries while allowing for the very sad depletion of our military.”

The 2 percent benchmark has the virtue of simplicity. While it is easy to judge countries against a simple quantitative measure, it also significantly misleading. American security may not necessarily be improved even if allies do as Mattis requests. The crucial issue relates to grand strategy, since America and its allies have different visions.

America desires to be a great power with substantial global influence. The country has sought global primacy for many years. America's relative economic superiority has waned over time and others have developed economically, what has been termed “the rise of the rest.” This does not necessarily mean America will lose its global primacy, but that retaining primacy will rely more on other instruments of national power—and America has many. A central part of this shift has been ensuring that America has the world’s most effective military force.

Allied grand strategies are much less ambitious. They principally want to ensure national defense and occasionally, limited regional influence. Fundamentally, allies want help from others in times of conflict and the wording of the various alliance treaties reflects this.

In the post–Cold War era, and especially since 9/11, America has sought to make its alliances global. Allies are expected to help out worldwide and not in a strictly national or local sense. In some ways, this is a logical development in combatting certain types of terrorism, particularly those that emanate from distant locations.

Even so, none of America’s allies would be deployed to the Middle East or Afghanistan unless the United States was there. For example, Denmark would not have intervened in Iraq and Syria or Afghanistan by itself. Instead, the American military ecosystem makes Danish (and other allied) deployments both possible and useful. Without this American involvement and push, most allies would address the present terrorist threat through internal national security involving police and CVE campaigns, with no offshore interventions.

America has a larger defense budget allocation than its allies because Washington has far greater ambitions. Now, however, America has upped the alliance ante. The United States now seeks global burden sharing to support the maintenance of America's global primacy, not the local burden sharing originally agreed upon. The real question is whether the proclaimed 2 percent defense budget benchmark will lead to better burden sharing. The answer depends on what the money is spent on.

Increased national defense spending might be spent mainly within the country—just as the United States does—and be used as an economic stimulus package to develop local defense industries, bringing jobs and growth. This may create competitors for U.S. defense industry, cut American military exports and reduce the economies of scale that helps support the extant U.S. force structure. This might also impact the civil field. The American government has assisted Boeing’s development of its much-exported civil airliners. Others could use new defense money similarly.

From a warfighting perspective, increased allied spending on local suppliers may reduce interoperability if they purchase fewer U.S. defense products. Allies may then create armed forces well suited for national defense tasks but not for distant deployments as part of U.S.-led coalitions undertaking COIN, coercing Iran or fighting near-peer wars.

Worse, the new funding might simply finance the construction of bases that consume the operating budget but bring little warfighting gain. Department of Defense studies indicate that almost a quarter of American military bases are not required but are kept in order to placate local elected officials. The large U.S. defense budget allows such extravagances but the money could be better spent.

America’s defense budget also allows for spending on unrelated items. For instance, medical spending consumes nearly 10 percent of the Department of Defense budget. Other nations pay for family and ex-service personnel medical care as part of national health systems—it is not a defense impost. Additionally, the items within various defense budgets varies considerably. Perhaps 10 percent should be added to allies’ defense totals to compensate for this difference? Varying accounting approaches allow many ways to game a 2 percent benchmark, and it has already started.

Getting back to grand strategy, the fundamental issue for America is not whether allies should meet a 2 percent GDP defense budget target. What needs to be addressed is how allies can best support America’s grand strategy. Some approaches, like those proposed by Stephen Walt and John Mearsheimer, may have less time for allies and leave them to their own devices. Other alternatives, similar to Hal Brands’ proposal, might seek to reinvigorate and better exploit U.S. alliances. For the allies there is more certainty. They will consistently seek as much support as possible from the United States for their own national security strategies.

Where allies fit into American grand strategy cannot be determined using an arbitrary GDP budget figure. The 2 percent figure is a red herring and avoids the key issues. The allies could spend more on their defense as Mattis requests and the president demands but not necessarily enhance U.S. national security. This debate needs a much greater level of sophistication.