The 5 of Most Deadly Guns of Modern War 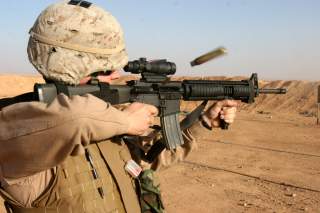