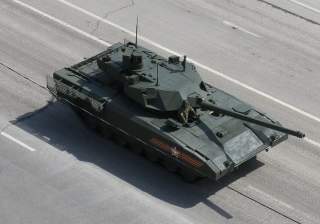 Image: A T-14 prototype from above. Wikimedia Commons/@Boevaya mashina