The 5 Most Shocking Battleship Battles of All Time 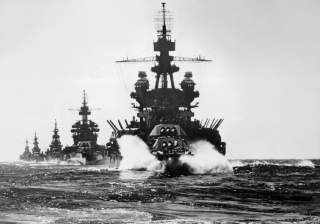