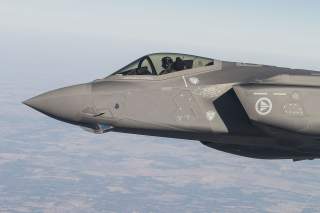 The Air Force F-35A, slated to deploy within the next few years, is a stealth Multi-Role Fighter equipped for Air-to-Air and Air-to-Ground Missions.

The first operational F-35A fighters have already been delivered to Hill Air Force Base in Utah, and Air Force leaders say the service has launched some small mini-deployments within the US to prepare the platform for deployment.