The Ambassador to Israel We Need 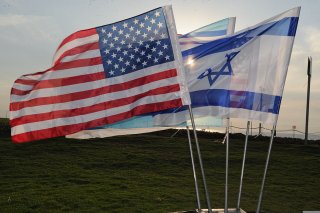 On Thursday, the Senate Foreign Relations Committee will vote on President Trump’s controversial nomination of David Friedman for the position of U.S. ambassador to Israel. It comes at a critical time, with the Middle East is in turmoil, but amid new opportunities in the region as well.

Iranian expansionism has created the potential for a strategic realignment of the traditional regional U.S. allies into a unified bulwark against their common enemy, Iran. The United States is in the position to orchestrate this strategic regional realignment, in which Israel, Egypt, Jordan, Saudi Arabia and the UAE join together and present a united front to stymie Iran.

Furthermore, Israel and its Arab neighbors sitting on the same side of the table to address their common strategic concerns may well also create a more positive environment for addressing the Israeli-Palestinian stalemate.

This realignment would have been unthinkable during the Obama administration, which adopted the misguided policy of ignoring the United States’ traditional allies and courting Iran. In order for Israel to participate in this realignment, however, it will need to perceive a sense of genuine friendship and backing from the United States, a sense that was sorely lacking during the Obama administration.

David Friedman is uniquely qualified to provide that sense of friendship and backing, and would be an excellent choice as the U.S. ambassador to Israel. Not only does he possess extraordinary intelligence, but he also is intimately familiar with the region, speaks Hebrew fluently, is at home with Israeli culture and is sensitive to Israel’s concerns. While some of Mr. Friedman’s past pronouncements offered in the heat of an extremely partisan political battle were decidedly intemperate, they in no way disqualify him from ably serving as ambassador. The portrayals of Mr. Friedman by the media and by his detractors are a caricature, composed of half-truths and statements taken out of context. For example, American Friends of Bet El, an organization of which Mr. Friedman is president, attracts support from across the denominational spectrum, and I frequently attend its annual fundraiser and am proud of the work they do.

The appointment of David Friedman as United States ambassador to Israel would be a giant step in the direction of capitalizing, for the benefit of both the United States and Israel, on the new opportunities for dramatic change presented by the current situation in the Middle East.

Rabbi Menachem Genack is the CEO of Orthodox Union Kosher and the author Letters to President Clinton: Biblical Lessons on Faith and Leadership.