The American Military's Greatest Vulnerability: No GPS in a War 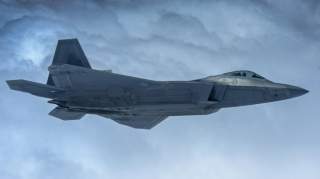 Raytheon's new GPS Operational Control System (OCX) might just be the most troubled program the Pentagon is running. This June, OCX incurred a dreaded Nunn-McCurdy breach, when its projected costs were judged to have increased by 25 percent. The problems, as Dee Ann Divis explained for Inside GNSS, “included inadequate systems engineering at program inception, Block 0 software with high defect rates, and Block 1 designs requiring significant rework.” Multiple cybersecurity requirements caused multiple delays too. All the same, Under Secretary Frank Kendall has just certified the program as meriting completion—the only thing worse than having to spend that kind of money on GPS is not having GPS to spend it on. But just how the Pentagon slowly marched itself into this problem is worth some consideration.

For illumination, consider comments last week by Doug Loverro, the deputy assistant secretary of defense for space policy. As he argued before a breakfast meeting last week at the Mitchell Institute, the US needs to rely on defense over the threat of offense in deterring a war in space. That’s not universally considered the George Patton American Way, so some explanation is in order. The US is more invested in space assets than are its potential enemies, so it has more to lose from a shooting war in orbit. Indeed, he reminded everyone,

If we lost GPS worldwide, most of our warfighters—in fact, all of our warfighters—would lose the ability to navigate and tell time and drop the precision munitions and do everything we do with GPS. If we lose GPS tomorrow, none of our warfighters can fight, but your iPhone can still tell you where you are and get you down the street.

Amidst the Defense Department’s abounding enthusiasm for all things consumer-electronic, this DASD mentions an uncomfortable truth. My little iPhone tracks not just GPS, but also signals from Russian GLONASS satellites, local wifi transmitters, and cellphone towers. It’s an inexpensive capability, Loverro continued, so the Pentagon is now “studying options for tapping alternative PNT systems,” as Courtney Albon reported for Inside Defense.

PNT? Positioning, navigation, and timation—that last one is the reliable provision of very accurate timing, essential for running all sorts of modern technology. Only a few years ago, that was an obscure acronym recognized only by real GPS geeks. Last month, while extolling the virtues of his newly established Rapid Capabilities Office, Army Secretary Eric Fanning effortlessly spoke of his travails with “PNT”—and he seemed to know that brief well.

Suddenly, it’s a widely recognized problem. As Megan Eckstein reported for theUSNI News in August, Marine Commandant Robert Neller has been telling his people to prepare to fight without communications. The Russians, after all, are talking openly of their distributed jammers for interfering with satellite signals. As Graham Warwick reported for Aviation Week back in April, Northrop Grumman recently got a contract to work on inertial guidance with micro-electro-mechanical systems (MEMS), for times when “GPS is denied.” What changed? After decades of assuming that GPS would always be there, the US military has been looking towards Ukraine, and realizing how miserable electronic attackers can make one’s life on the battlefield.

So how vulnerable is all this GPS stuff? Back in 2002, in our book The Precision Revolution (Naval Institute Press), my coauthor Mike Rip and I wrote that satellite navigation receivers were actually harder to jam or spoof that one might guess. Since then, some scary computing advances have made spoofing the C/A or “coarse acquisition” GPS code much easier. Spoofing is convincing another's computer that your phony signal—which asserts that he’s not about the hit the ground—is actually a real signal. As Patrick Tucker wrote on DefenseOne last December, the narcotraficantes are already sending those signals towards Customs and Border Protection's drones. In multiple incidents, the Iranians might have already proven themselves much more capable. One of the problems with spoofing, after all, is knowing just when one has actually been spoofed.

While the armed forces have for years been buying receivers that can directly acquire the military-grade “Y” signals, and thus mostly avoid this problem, there are still lots of earlier generations of GPS receivers in inventory that require a C/A lock-on first. Those newer, more robust, Y-code sets are of the Selective Availability Anti-Spoofing Module (SAASM, or sazum) generation or later, and the added cost of robustness makes great sense. Way back in 1994, I worked the issue as a consultant to the Air Force’s acquisition directorate. While I was initially skeptical of the need, I was convinced after a few weeks of discussions and analysis. Twenty years later, though, not everything is off C/A.

Returning to Loverro’s point, the track record is actually yet worse. Also back in 2002, I gave a talk to 300 people at the Institute of Navigation’s annual Global Navigation Satellite Systems (ION GNSS) conference, arguing that the Pentagon should at least start planning to use the signals from the European Union's Galileo satellite system. Trusting Russia’s orbiting lighthouses might be one thing, but trusting a bunch of Anglo-Franco-German satellites shouldn’t be conceptually difficult. After my talk, I was surrounded by a phalanx of USAF officers asking questions like “whom are you working for?” and “who put you up to this?” Clearly, any deviation from the company line must have been a plot.

Mostly I was just amused by the whole episode. What’s less amusing is how little has been done fourteen years later. That’s no one person’s fault. Plenty of responsible people have entered and left office, thinking along the way about doing something, but never finding the funding or the urgency to affect change. Historically speaking, it’s also hard to find that single point of failure in the 1920s or 1930s that would explain the disaster that befell France in 1940. Then again, there was that decision not to extend the Maginot Line to the English Channel. That was to save some money when things were tight. And that didn’t turn out well. Perhaps OCX has been a mess, but in getting GPS right—and getting off GPS what can be gotten off—failure just isn’t an option.