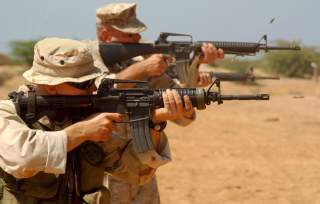 This first appeared in Scout Warrior several months ago.