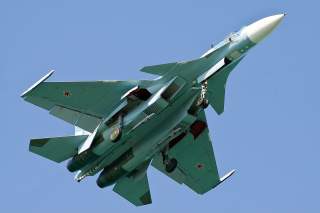 I was interested to see in an article in the new issue of “Military Review,” a publication of the U.S. Army, conclude that, “Russia appears to have won at least a partial victory in Syria, and done so with impressive efficiency, flexibility, and coordination between military and political action.”

Looking at Putin, the article states that “the Russian campaign might be judged a qualified success from the standpoint of the Kremlin’s own objective.”

As for the United States, Saudi Arabia and Jordan, the authors (who are not Army employees—one is at the Center for Naval Analyses, and the other is at the Kennan Institute) conclude “it is certainly a defeat for those who opposed the Russian-led coalition.”

On the other hand, I thought as I read this grim assessment, military victory does not guarantee political success–as the U.S. whole of government has demonstrated so well in both Iraq and Afghanistan. I have to wonder, is winning Syria really that big a prize? Or will there be a sequel (“Syria II: Putin vs. the Ayatollahs”) in which Russia grapples with Iran over who is in charge?

Interesting side note from the article, something I didn’t know: “Russian drones are rumored to have flown more sorties than manned aviation over Syria. The best Russian drones were licensed production variants of Israeli models—a product of Russian-Israeli defense cooperation. Despite substantial spending on development, Russia still has no armed unmanned aircraft systems, and thus lacks a real time recon-strike option for its drone platforms.” Worth keeping this grain of salt in mind when Putin goes shooting his mouth off about all the fancy new weapons he has.