The Astute Class Submarine: The Biggest Threat to the Russian Navy? 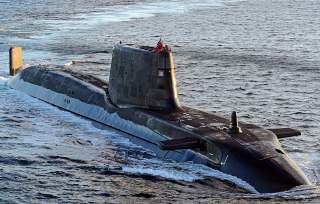