The Brilliance of China's Grand Strategy: Don't 'Own' Land, Just 'Use' It 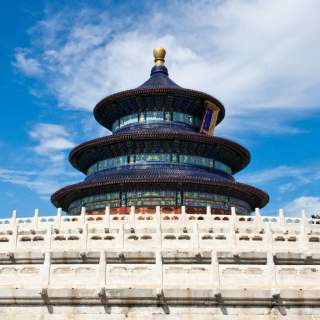 In 2010, Canada hosted the G7 finance ministers in Nunavut, the country's frigid Arctic province that is home to a mere 30,000 Inuit people. Canada's "Northern Strategy" for the Arctic was a centerpiece of former Prime Minister Stephen Harper's tenure, resulting in a larger coast guard, new icebreakers, military logistics centers across the Northwest Territories, regular drone surveillance flights and a fleet of stealth snowmobiles code-named Loki. When asked why Canada was placing such strategic emphasis on the Arctic, Harper responded with a simple phrase: "Use it or lose it."

There is no better expression to capture great power maneuvering in the 21st century, especially when it comes to China. In contrast to the legalistic and nation-based approaches that dominate Western thinking, China views the world almost entirely through the lens of supply chains. As Chinese growth and consumption surged in the 1990s, it became a huge importer of raw materials from countries that the West began to ignore as the Cold War ended. The saying "Power abhors a vacuum" is itself a synonym for "Use it or lose it." China is now the top trade partner of 124 countries, more than twice as many as the United States (52 countries). China sees New Zealand as a food supplier, Australia as an iron ore and natural gas exporter, Zambia as a metals hub and Tanzania as a shipping hub. The Argentine scholar Mariano Turzi calls his country a "soybean republic" in light of the shift in its agribusiness to serve Chinese demand. Supply and demand is the governing law of the 21st century, not sovereignty.

The long-standing mantra of the de jure world is "This land is my land." The new motto of the de facto, supply chain world is "Use it or lose it."

In a supply chain world, it matters less who owns (or claims) territory than who uses (or administers) it. China is harvesting minerals far from its own borders in lands it cannot steadily rule. It thus prefers de facto maps to de jure ones — the world as it can rearrange it, rather than the world as international law sees it.

The South China Sea is where China's "Use it or lose it" strategy is on full display. In its quest to generate a greater share of its raw materials east of strategic chokepoints such as the Strait of Malacca, China is deploying novel approaches to establish "facts in the water" while littoral neighbors such as the Philippines seek arbitration from international tribunals. With an estimated 30 trillion cubic meters of natural gas and 10 billion barrels of oil lying beneath the South China Sea, China sent a towable oil and natural gas exploration rig, the Haiyang Shiyou 981, to probe in and out of Vietnamese waters near the Paracel Islands multiple times during 2014 and 2015. Wang Yilin, chairman of the state-owned oil China National Offshore Oil Corp., has called these movable deep-water rigs "strategic weapons" that are part of China's "mobile national sovereignty."

China's "Use it or lose it" approach also involves another strategic weapon much cheaper than oil rigs or aircraft carriers: sand. The People's Liberation Army has been installing brick-and-mortar airstrips, lighthouses, garrisons, signals stations and administrative centers on neglected or abandoned islands in the Spratly island chain. Fiery Cross Reef has become the epicenter of what some call an "island factory" where large-scale seabed dredging and land reclamation are used to build up and connect separate shoals into larger islands. It is assuming de facto control while de jure sovereignty is arbitrated indefinitely.

The Arctic and Antarctic regions are also key targets of China's strategy. Even as China negotiates patiently to gain observer status and potentially membership in the Arctic Council (which involves everything from attempting major land purchases in Iceland to back-channel diplomacy with Norway over the fallout from awarding the Nobel Peace Prize to Chinese dissidents), it has also dangled multibillion-dollar investments in front of Greenland's 60,000 people to open the country's uranium industry to Chinese mining companies, which colonial power Denmark presently rejects. Within the coming years, though, Greenland could vote for independence — and assume a new role as a Chinese supply chain colony in the process.

Antarctica, the only continent without a native human population, has also been geopolitically dormant during the past half-century thanks to the de jure logic of the 1961 Antarctic Treaty, which bans any military activity or oil prospecting there. That has not stopped China from sending ice-breaking ships to clear the way for geologic surveying to determine if hundreds of billions of barrels of oil lie beneath the ice and rock. In 2015, China signed a ship refueling agreement with Australia to facilitate these long-distance voyages of commercial colonization.

From Amsterdam to Beijing:

Experts who compare China's 21st-century rise to Bismarck's Germany miss a far more appropriate historical analogy: the 17th-century Dutch. While the Spanish and Portuguese crowns were the first truly global empires (and were united for half a century until 1640), they physically subjugated large swaths of Latin America, Africa, Asia and Oceania through violent conquest and even genocide. The Dutch, by contrast, operated in a less brutal and more commercial fashion. The Dutch East India Company, chartered in 1602, is considered the world's first multinational corporation that issued stocks and bonds to finance expeditions. The Dutch deployed more merchant ships (5,000) and traders (almost one million) over a 200-year period than the rest of Europe combined.

There are remarkable similarities between Amsterdam's strategy 400 years ago and Beijing's today. It is the Dutch model of infrastructure for resources that China follows, not British or French colonialism that sought to administer and socially engineer entire societies. Though the Dutch used force in alliance with local rulers to oust the Portuguese and establish administrative control — particularly in Sri Lanka and Indonesia — the objective was to secure trading posts and harness natural resource wealth, not to conquer the world for God or country. Two hundred years earlier, the great Ming admiral Zheng He's massive 15th-century "Treasure Fleet" voyages had also established China's peaceful relations with kingdoms as far as East Africa. Like Ming China, the Dutch were about trade, not territory: They were an empire of enclaves.

As with its Ming forebearers and the 17th-century Dutch, China today operates the largest merchant marine fleet. Over 2,000 vessels — barges, bulk carriers, petroleum tankers and container ships — sail all the oceans, increasingly including the Arctic. By contrast, there are currently fewer than 100 U.S.-flagged ships on the oceans. China also builds, operates and in many cases owns critical ports and canals that underpin its growing supply chain empire. (The Hong Kong-based Hutchison Whampoa runs both ends of the Panama Canal.) China has built dozens of such special economic zones (SEZs), not only inside its own borders but also across Asia, Latin America and Africa. SEZs are the commercial garrisons of a supply chain world, enabling China to secure resources without the messy politics of colonial subjugation.

Analysts should note that even as China's resource imports and consumption slow, it will still want to secure supply chains to all continents for its exports as well. China's newest SEZs from Somalia to South Africa capitalize on cheaper labor than its own and accelerate access for its textiles and manufactured goods into fast-growing markets. In this way, China is quickly becoming the world's largest cross-border investor as measured by foreign exchange reserves, portfolio capital and foreign direct investment, with its total overseas holdings projected to reach $20 trillion by 2020. China's supply chain grand strategy will therefore persist irrespective of today's economic downturn and market volatility.

Filling the Void of Influence:

"Use it or lose it" also helps explain how countries upstream from China fight back against its powerful encroachments. In 2014, Iran canceled a major oil contract with the China National Petroleum Corp., citing delays in exploration and deliveries. That same year, Mexico canceled a China Railway Construction Corp. contract citing a lack of transparency in the bidding. China's electronics powerhouse, ZTE Corp., also had a contract to install closed-circuit TV cameras in Zambia canceled over corruption allegations.

These instances — and many others like them — create opportunities for Western diplomacy and commercial companies to compete again in areas they have either neglected or been insufficiently aggressive in. Indeed, as sanctions are lifted on Iran and eased on Russia, influence will not come from moralistic sermons or easily circumvented attempts at isolation, but from direct engagement to shape the commercial and political environments of important swing states.

This article, originally titled Use It or Lose It: China's Grand Strategy is republished with permission of Stratfor.