The Case Against Attacking North Korea 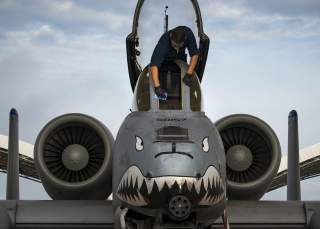 Crispin Rovere and I discuss foreign policy all the time. Usually on Twitter. Virtually always on opposite ends of the argument. Not surprisingly, we again disagree over how the United States should respond to North Korea’s first test of an intercontinental ballistic missile (ICBM) last week.

In his latest piece, Crispin describes potential consequences of two fundamentally different futures: one where the Trump administration tolerates Pyongyang’s crossing of the ICBM threshold, bringing it a step closer to possessing a capability to launch nuclear strikes on the U.S. homeland, and one where Washington acts militarily to destroy the North Korean nuclear arsenal. He concludes that the latter is the “least bad alternative,” stressing that, unlike the former, a military campaign would show the whole world that proliferators will suffer consequences, and would end the awful Kim regime, reunify the two Koreas, and maybe even bolster America’s long-term position in Asia, notably vis-à-vis China.

He is wrong. I have already explained here what I regard as the “least bad agenda” after North Korea’s ICBM test, but let me respond to Crispin’s points, which I fear may be gaining currency in some U.S. policy circles.

Point #1: With nuclear-tipped ICBMs putting the U.S. homeland at risk, North Korea will become more aggressive against its neighbors and deter U.S. intervention

There is a risk that North Korea becomes more aggressive against South Korea, Japan, and others if Pyongyang thinks that its ability to strike the United States with nuclear-capable missiles will deter Washington. Strategists call this the “stability-instability paradox,” when a sophisticated nuclear arsenal brings stability at the strategic level, but, paradoxically enough, instability at lower levels of conflict. There is also a risk that, in a crisis involving South Korea or Japan, North Korea feels that it can create a wedge between them and the United States by threatening Washington with a nuclear attack on the U.S. homeland if it intervenes, or “decoupling.”

North Korea would be making serious miscalculations, however, because the United States will not be deterred from pushing back against Pyongyang, and it will not back down in an escalating crisis, even if its homeland is at stake. In the 2014 Quadrennial Defense Review, Washington makes clear that it will not allow adversaries to “escalate their way out of failed conventional aggression.” And over the past few years, Washington has worked relentlessly with Seoul, Tokyo, and others to build their military capabilities and to coordinate response options with and between them to Pyongyang’s provocations.

Pyongyang’s development of an ICBM capability does not alter that determination. The United States has a long history of successfully extending security guarantees to allies to protect them against competitors that can strike the U.S. homeland with nuclear-tipped missiles: first with the Soviet Union and, since the end of the Cold War, with Russia and China. Washington has learned that it can credibly and effectively deter and defend against such competitors even if it does not dominate them fully. North Korea will never match their nuclear and conventional forces and does not have their strategic depth. The United States can, therefore, manage North Korea.

This does not mean that North Korea’s ICBM development is not a new challenge to the United States and its allies. The latter must adapt deterrence and defense capabilities, concepts, and messages to deal with the evolving threat and strip away Pyongyang’s confidence that it can freely engage in greater military adventurism. But North Korea will not succeed in achieving a “stable deterrence relationship” with the United States or in “paralyzing” Washington in a crisis. This is fantasy.

Point #2: Failure to act against North Korea will cause U.S. regional allies to lose faith in the United States as a security guarantor and to develop independent nuclear arsenals

The failure to roll back and eliminate the North Korean nuclear arsenal has led to frustration and mounting fears in Seoul, Tokyo, and other allied capitals. At no point, however, have regional allies begun to lose faith in the United States, or distance themselves from Washington. On the contrary: they have all systematically sought stronger security guarantees from Washington and tighter alliance relationships. In recent years, the United States and its allies have deployed new military capabilities and established dialogue processes to discuss and strengthen deterrence and assurance. North Korea’s nascent ICBM capability will not reverse that trend. If anything, it will reinforce it. Significantly, in response to last week’s ICBM test, two U.S. bombers flew to the Korean Peninsula to join fighter jets from South Korea and Japan for a practice bombing run as part of a training mission described by U.S. military officials as a defensive show of force and unity from the three allies. Pyongyang’s actions do not pull allies apart. It brings them closer together.

Recent years have seen growing proliferation pressures in South Korea, yet virtually none in Japan, which maintains a strong “nuclear allergy.” Even in South Korea, proponents of an independent nuclear arsenal have been few and are now unlikely to gain momentum, especially under the presidency of Moon Jae-in, who has campaigned for a more moderate approach to Pyongyang even as it presses ahead with its nuclear and missile developments. Still, it is not impossible to envision South Korea going nuclear. South Koreans, however, would likely want to have their cake and eat it too, i.e., have their own nuclear weapons and maintain their alliance relationship with the United States. In any case, the idea that other regional states, such as Australia, would quickly follow suit if South Korea or Japan went nuclear is highly unlikely. So is the possibility of a proliferation cascade that “spread unfettered across Asia and then the world” and bury the global nonproliferation regime. Nuclear weapons do not spread like wildfire, and it is unclear that the nuclearization of Northeast Asia would have such devastating spillover effects.

Today, more relevant than the possibility of U.S. regional allies going nuclear are discussions in allied capitals about how to adapt deterrence capabilities and concepts to the changed and changing North Korean threat. For instance, a small growing number of constituencies in South Korea and increasingly Japan are calling for the forward deployment of U.S. tactical nuclear weapons to the Korean Peninsula. This suggests that allies recognize that if denuclearization of North Korea is currently out of reach, good deterrence (and defense), which must involve the United States, is the next best thing.

Point #3: Inaction against North Korea will lead China to accelerate its military build-up and become increasingly assertive in Asia

A U.S. decision not to act militarily to destroy the North Korean nuclear arsenal is not a sign of weakness. Nor it is inaction: the United States will, and has already begun to, strengthen deterrence of North Korea in coordination with its regional allies. Beijing may well use U.S. deterrence efforts to justify an accelerated military build-up (which has been increasing steadily for years), and it has already done so, notably in the context of the deployment of the Terminal High Altitude Area Defense anti-missile system on South Korean soil. But Beijing is unlikely to conclude that the United States is a “paper tiger” and that it can be more assertive against Taiwan or elsewhere in Asia. If anything, U.S. increased regional presence make it more difficult to do so.

Point #4: War will be bad, but it is best fought now when North Korea’s ability to do damage (and China’s ability to exploit the situation) remain limited

Waging war against North Korea after its arsenal has grown and diversified would, in theory, be more difficult and more deadly and costly. Stronger Chinese conventional forces would also further complicate the situation.

This, however, overlooks two important points. First, waging war now would be bad enough. As Crispin himself notes, war would amount to “combat losses exceeding a hundred thousand – to say nothing of the millions of North Koreans dead, both military and civilian.” He adds that it could involve the use nuclear weapons, invite Russian assertiveness in Europe, and that, while only a remote possibility, direct Chinese intervention cannot be ruled out and “would almost certainly escalate into World War III.” It is difficult, in these conditions, to see any upside.

Second, and significantly, warmongers fail to recognize that it is not too late to try and reverse or at least modify North Korea’s trajectory. War, in other words, does not have to be fought, now or ever. In parallel to stronger deterrence and defense, it is possible to ramp up sanctions significantly and squeeze North Korea enough to force it back to the negotiating table. Denuclearization will likely remain out of reach, at least for the foreseeable future, but negotiations may lead to an agreement imposing on limits and constraints on its nuclear arsenal. This would be no panacea, but it would be far better than waging a war that could lead us to World War III.

Crispin Rovere’s case for war against North Korea is not the “least bad alternative.” It is the worst alternative. The way forward is more deterrence to keep North Korea in line and more sanctions and try to force it back into negotiations. That approach is imperfect, but it may yield results and, more important, it is the best option to avoid disaster. It will also help strengthen regional alliances and put China on notice.