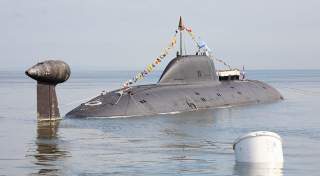 What if someone sitting in a darkened room could close his eyes and visualize the exact location of a nuclear submarine hidden in the ocean depths five thousand miles away?

If the U.S. government’s paranormal research had proved fruitful instead of a flop, that’s the world we would live in today. A world where psychics hunt subs, and American soldiers kill enemies with the power of their mind, like an army of Darth Vaders in camouflage uniforms.

When the CIA made twelve million documents available online in January, the records that drew the most media attention were those concerning the agency’s Cold War paranormal research. Beginning in the 1970s, and spurred by reports that the Soviet Union had invested heavily in psychic research, the CIA’s Scanate and the U.S. Army’s Stargate projects explored the possibility of using psychic powers as battlefield tools.

Most notorious were “the men who stare at goats,” the Army soldiers who claimed to be able to kill animals with their thoughts. The CIA also studied “remote viewing,” or the ability to psychically see objects at great distance. Uri Geller, the famous Israeli psychic who claimed to bend spoons with his mind, even convinced the CIA that his powers were real.

Many Americans would have instantly dismissed these ideas as insanity or fraud. But fueled by claims that psychics had visualized Soviet submarines and located Scud missiles, Congress funded paranormal research—until 1995, when a CIA-commissioned study found that while remote viewers had visualized objects in laboratory experiments, “evidence has not been provided that clearly demonstrates that the causes of hits are due to the operation of paranormal phenomena; the laboratory experiments have not identified the origins or nature of the remote viewing phenomenon, if, indeed, it exists at all.”

As for Uri Geller, he was famously debunked on Johnny Carson’s Tonight Show in 1973, when Carson challenged him to bend a spoon on TV.

But what if these experiments had actually worked as promised? Let’s leave aside the question of killing people with mental powers. Not only would such a technique have to reliably inflict lethal damage on humans, but it also would have to be more effective than a bullet or other conventional weapons. Why stare at a goat when you can shoot it? Note also that goats can’t interrupt your psychic trance by shooting back.

The more tantalizing possibility would be the effect of remote viewing. America has weapons aplenty for sinking submarines or destroying ballistic missiles, but locating those objects is the hard part. Let’s assume that remote viewing would allow practitioners to visualize the precise location of submarines, or to peer hidden installations such as bunkers and tunnels. Given how military technology always diffuses, if America or the Soviets developed paranormal visualization, then the other side would as well.

In which case, we are conceiving a world where nothing can be truly secret except what is in the human mind. Would submarines still be a viable weapon in a paranormal world? Would smaller powers such as Iran and North Korea, which rely on hidden tunnels and bunkers, still be able to research or build weapons of mass destruction? Would insurgencies thrive in places like Syria and Iraq if remote viewing were possible? If a psychic can spot a submarine, then he can spot an IED buried in the dirt.

However, the change might not be as dramatic as you think. The fact is that we already live in a world almost paranormal in its lack of privacy. When a drone orbits a hill in Syria and beams back real-time images of ISIS fighters to a control station eight thousand miles away in the United States, that is a form of remote viewing. So are spy satellites, or cyberweapons that peek inside a nation’s secret files.

In other words, a world where conflicts are waged using paranormal means might not be so different than the world we live in today, or the world we will likely live in tomorrow.

Drones can stare at goats, too.