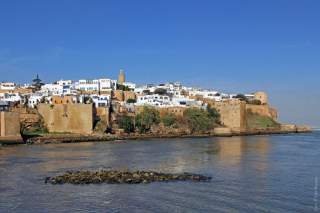 It’s been a good week in the struggle against terrorism: Italy busted an ambitious plot by Islamic extremists to attack the Vatican; French police arrested a jihadist before he could attack Paris churches; and in Boston, the prosecution rested in the penalty phase of the trial of Boston Marathon bomber Dzokhar Tsarnaev. But the United States is on high alert—or should be—as ISIS sets its sights on American targets. Meanwhile, from the mass killing of university students in Kenya to the bombing of the Spanish embassy in Libya to a rash of attacks in Egypt, reminders pour in across the Arab and Muslim world that whether you’re a functioning democracy, a military-led regime or a failing state, you are vulnerable.

Over a recent multileg trip from my home in Casablanca to Paris to Zambia, I met with actors in politics, civil society, the private sector and state government—and noticed that the April uptick in terror schemes, foiled and otherwise, has provoked a growing debate on the tools of counterterrorism. There has been a growing divide, moreover, in prescriptions for the developed democracies of Europe on the one hand and Muslims states in the developing world on the other. The former face popular pressure to ratchet up security measures and loosen the laws that restrain them. The latter, by contrast, encounter calls from friends in the West to do the opposite—press the “national security state” to relax its hold on the population, and bolster political reforms toward the rule of law and policies to alleviate poverty and marginalization.

As a participant in these conversations, I’ve found that nearly all parties were curious to know more about my own country, Morocco—which over the past ten years has proven to be one of the safest countries in the world.

With its new constitution guaranteeing a prominent and credible role of an elective government alongside the monarchy, it stands in between the variety of political structures found in countries East, West and South. As such, it bears relevance to all of the above, and merits scrutiny and an effort to extract some lessons.

In 2003, the country experienced its own “September 11”—a triple suicide bombing claiming forty-five lives; the deadliest in its history. The risk of further attacks was seen to be high: Morocco prides itself on being open to the world, and welcoming tourists from the West, migrant workers from the South and, alas, ideological overtures from the East. With its large population of poor and underprivileged citizens, prospects were great that outside jihadist elements could exploit domestic grievances and target the pro-Western establishment, local patriots and foreign visitors.

King Mohammed VI, who had recently taken the helm from his late father, vowed a three-pronged approach to fighting the scourge of political violence: On the one hand, he would beef up security measures. At the same time, he would institute systemic reforms to enhance the rule of law. Meanwhile, he committed to employing aggressive anti-poverty measures, including razing the shantytowns, fighting unemployment and the corruption that exacerbates it and upping educational opportunity. And finally, he would reform the religious establishment—by evicting jihadist preachers from the country’s mosques and investing heavily in the spiritual, Sufi strand of Islam—its traditions deeply rooted in Morocco’s history and culture.

Twelve years later, the effect can be seen at any division of the Central Bureau of Investigation (BCIJ), the country’s equivalent of the FBI, which has gone through a major overhaul over the course of the monarch’s ongoing rule. Together, its investigators—both men and women—pursue a holistic approach of probing terror groups alongside other criminal networks, such as those that traffic in drugs and people. They know intimately the symbols and rites of the different religio-political streams, both inside the country and in the broader region. They have cultivated sources, moreover, in a variety of institutions and from the big cities to the villages to the border areas. But they have been schooled to perform their sleuthing in accordance with new laws that are almost as severe on security officers as they are on the criminals they pursue. Human-rights education being an integral part of cadets’ training, today’s enforcers follow these laws not just because they have been instructed to do so, but because they believe in them.

And the population knows it: Morocco is perhaps the only country in the world in which counterterror agents interact with the population in a manner structured like the model of “community policing.” These officials know that by establishing a warm rapport with locals, trust between the BCIJ and the local population will grow and the locals may even serve informally as the BCIJ’s eyes and ears. Considerably more than in the past, these citizens feel enfranchised: They know that their needs matter to the government, and their votes select and check the people who lead it. More of them are educated. More of them are working. And fewer than ever before identify with jihadist elements in the region that would threaten the country’s security.

Moroccans feel that their country can serve the counterterrorism struggles now being waged in Western countries, the Arab world and countries south of the Sahara in two important ways: as a model and as a partner.

Though the countries of the West are wealthier and their police units more technologically advanced, they tend to lack the nuance necessary to patrol Muslim citizens with the dignity that is due them. They are still home, moreover, to underprivileged communities—the lion’s share of whom are Muslim—who badly need their living conditions to improve and to feel enfranchised in the system. And while their grievances are no excuse for terrorism, they are victims of the poisonous ideals taught to them by religious preachers that their host governments have long permitted to lead and instruct. For Europe’s police and policy planners, Moroccans can share knowledge and expertise and also become an exporter of enlightened clerics.

The same applied in the developing world. But in addition to similar security, public policy and cultural-religious needs, these countries badly need to enhance the rule of law—a necessary condition to keep the police in check and build confidence between civilians and the establishment. On this score, Western states are further along than Morocco, but do not provide a model that developing countries can readily apply. The gradual steps Morocco has taken, by contrast, show how a poor country with similar struggles has made considerable strides in a short period of time. The takeaways are more relevant—and the potential outcomes more promising.