The Coming Crackdown in Iran 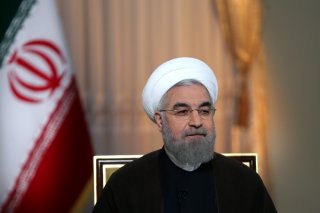 The recent arrests of Iranian journalists and businessmen have sent chills through Tehran. Are the string of detentions merely a coincidence, or the beginning a larger crackdown? The arrests occur against the backdrop of a larger, more dangerous, political drama centered on the character of a post-nuclear deal Iran, yet the conflict remains far from settled.

The heart of the current fight is Supreme Leader Ayatollah Ali Khamenei’s campaign against foreign influence, or nafooz in Persian. Khamenei blessed the Joint Comprehensive Plan of Action (JCPOA) in order to resolve Iran’s standoff with the world powers over its nuclear program. For the ayatollah, however, the deal is a double edge sword. With sanctions relief comes eventual re-integration into the global economy. The consequent flood of international investment and consumer goods may also bring political and cultural ideas the Islamic Republic’s leaders fear will undermine the strength and legitimacy of their regime.

For President Hassan Rouhani and many of his allies, this is a problem that can be managed. Since his election in 2013, Rouhani has pursued a policy of détente--or more accurately tanesh-zadayi (relaxation or de-escalation of tensions)--with the West. This is not a show of good will towards the United States or its allies, but rather a cold calculation that the regime’s survival requires Iran to strengthen its economic foundation by decreasing the pressure from sanctions and thereby lessening the country’s isolation. There is historical precedence for this approach. Iranian academics have noted that Tehran saw relative economic growth in the 1990s and early 2000s after normalizing relations with most European countries following the Iran-Iraq War. Rouhani hopes to improve upon earlier efforts by extracting economic value from international engagement, without risking the threat Western influence poses to the government’s stability.

Opposed to him are those in Iran who see engagement with the West as inherently hazardous and ideologically unacceptable, even if they buy into the idea of economic improvement though greater foreign investment. Iran’s Islamic Revolutionary Guard Corps (IRGC) is leading the charge on this front, along with other so-called principalists, hardline politicians, and conservative members of the judiciary and the clergy. On November 2, IRGC Commander Mohammad Ali Jafari argued the nuclear agreement has ushered in a period of major subversion in the Islamic Republic, and criticized Rouhani’s government for “trusting the West and believing in liberalism.”

The game is being played out on more levels than one, however. There are strategic arguments about how can best resist financial coercion by the world power. Iran’s reformists and pragmatists argue Iran should develop an economy deeply integrated with global markets, while more conservative voices urge less entanglement and greater self-sufficiency. The restrictions on foreign direct investment and contracts with major international firms are the battlegrounds here.

Rouhani has also picked fights with the Guardian Council, the body that determines who is allowed to run for office, in the lead up to the February 2016 elections for Parliament and the Assembly of Experts (which will chose the next Supreme Leader). The president knows he has popular support, but fears his allies will be prevented from running.

The arrests of Iranian journalists and business people with significant international ties is merely another escalation a long-standing conflict. The Guard is responsible for the recent arrests, and remains very worried about the political forces the JCPOA and Rouhani’s polices have unleashed. In the eyes of the IRGC’s leadership, progressive journalists and Western-linked businessmen are conduits for destructive foreign influence. They are also the types of people needed for Rouhani’s vision for Iran’s economic and political growth. The president is boldly pushing back, implicitly criticizing the IRGC for stifling the media for false reasons. Rouhani likely recognizes that a campaign by his political opponents to root out foreign influence could become an uncontainable beast that could consume him and his allies.

The stakes in this contest are very high. Both camps anticipate the potential existential challenge for the Islamic Republic when Khamenei passes, likely in the next few years. Each side foresees disaster for Iran--and loss of their own power--if the other side ‘wins’ through shaping the selection of the next Supreme Leader and altering the post-JCPOA political and economic landscape in its favor.

Supreme Leader Khamenei has still not weighed in on this most recent domestic spat. How long he will allow this internal struggle to continue is the central question right now. With the elections and major foreign investment choices quickly approaching, a decision will be needed soon. Khamenei will side with whomever he feels will best uphold the status quo of the Islamic Republic. Rouhani, as well as those Western actors who hoped the nuclear deal would open a new era in relations with Iran, should be very nervous.

This piece first was first posted on AEI's website here.