The Complexity of Russia 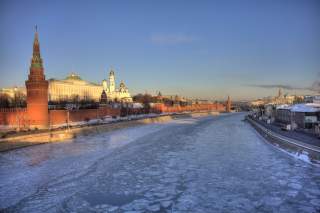 “Putin is not Russia and Russia is not Putin.”

Those words, often articulated to me by Russians during a very recent trip across Russia on the Trans- Siberian railroad, underscore a more nuanced perspective on the Russian president than might be expected given his current high popularity ratings. Support for the annexation of Crimea is virtually universal with little understanding or appreciation that in so doing, Russia has violated international commitments and undone post- Cold War security structures in Europe. There is, however, no support for open warfare with Ukraine and young people are uneasy the current sanctions will jeopardize future career and job prospects.

My public opinion sampling on this trip was neither scientific nor comprehensive but it was geographically broad (the cities of Ulan Ude, Irkutsk, Novosibirsk, Yekatarinburg, Kazan and Moscow) and included varied age groups and backgrounds. For someone with two previous assignments to the US Embassy in Moscow, the openness of my interlocutors and the absence of anti-US sentiment despite the official propaganda were striking.

Russia clearly remains a land of contradictions. All the cities visited seemed to be thriving with new buildings and construction, traffic jams on the order of Washington DC, and elegant shops and broad pedestrian malls. People were well dressed and the activity level was high. Being a major stopping point on the Trans -Siberian clearly has advantages.

Evidence of more independent thinking was also evident. Yekatarinburg, which straddles Europe and Asia, has a monument to some 40,000 victims of NKVD repression in 1937-38 and a striking statue of a soldier grieving over his lost comrades in the Afghanistan war. This monument supposedly was forced on city leaders by Afghan vets who would not be deterred.  A huge Lenin statue in the middle of the city is referred to by young people as the guy pointing to the pedestrian shopping street. In Kazan, a young waitress vehemently expressed her opposition to Putin’s “muscular” steps and the annexation of Crimea, which she said was shared by friends. And church leaders in a small town near Ulan Ude made a point of thanking our group for coming to Russia “despite the political difficulties.”

The vast countryside is a different story. The unending vista from the train of small villages consisting of wooden huts without paved roads, no running water and toilets but with electricity presents almost a timeless image of Russia. Huge piles of chopped wood and the harvesting of cabbages, potatoes and carrots reminded that Siberian winter was very close.  It looked as if most young people had deserted the villages and indeed we were told that the countryside is rapidly losing young people.

All interlocutors expressed great pride in their cities and many criticized Moscow for being aloof. Several complained that Siberian assets are enriching Moscow with not enough being returned to Siberia and that wages in Siberian cities are 30 percent lower than in Moscow.  Oligarchs were criticized for sending their children abroad to be educated.

Perhaps of most interest were viewpoints expressed about Putin, Crimea and Ukraine. The annexation of Crimea was almost universally supported. A resident of Irkutsk said Putin had redressed the stupidity and mistakes of the Bolsheviks which explains his popularity. A resident of Novosibirsk said that 3000 refugees from Donetsk were being resettled there and given Russian passports. We “must help our own” she emphasized.

Sanctions were being only slightly felt with an increase in food prices and older individuals pointed to Russians’ ability to endure hardships and the availability of substitute products from Belarus and Argentina. Others pointed out the impact is yet to be felt as Russians were now benefitting from the fall harvest. The situation next spring would be different.

The support, however, was not without limits. No one wanted to see Russia in a war with Ukraine. Many were concerned that Russia was becoming isolated and younger people specifically were uneasy about their careers and job prospects if Russia continued to cut itself off.  Many said they recognized they were not being told the truth by their government and were reading between the lines as in Soviet days. Similar charges of non-reliability, however, were levelled against the Western press.

Most concerning was the lack of understanding and acknowledgment that Russia had violated international commitments by its actions in Crimea and eastern Ukraine. The viewpoint rather is that Crimea is “ours” and that a wrong had finally been redressed.

What then is the bottom line? Russia is an enormous and diverse country with individuals enjoying personal freedoms unprecedented in Russian history. It is not the USSR. Putin’s authoritarianism and Moscow, however, dominate the political landscape. Moscow has numerous security forces on display, many signs proclaiming the sanctions will be overcome, and we had a direct reminder of the current chilly atmosphere at a main gate to the Kremlin. A security guard noted that one member of our group was wearing a shirt from Alaska and asked him if he lived there. The American said no but that he had visited there.  The Russian officer then seriously  responded that “Alaska will soon be ours again.”

Putin currently enjoys broad popularity but this has limits as evidenced by the subterfuges employed in Ukraine to cover up direct Russian involvement. Sanctions may not force Putin’s hand over the short term but growing public awareness and understanding that Russia is becoming a pariah state as a result of its actions and not some Western plot against it could yet become a force to be reckoned with.

Kenneth S. Yalowitz is a former US Ambassador to Belarus and Georgia and currently a Global Fellow at the Woodrow Wilson Center.