The Danger ISIS Represents: "It has to be fought differently..." 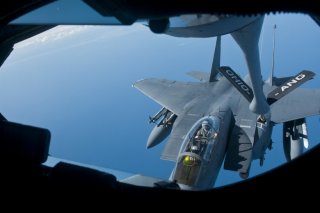 This is not G.W Bush’s ill-conceived war against Saddam Hussein.  There is no questionable intelligence driving events.  Nor is it a pre-meditated campaign seeking to alter regional balances or introduce new ones – campaigns which have gone awry in the past or the likelihood of “mission creep” present if President Obama is to believed.

Only the words and actions of ISIS itself provide the motivation to act against them, words that are not filtered or interpreted, but broadcast and distributed directly by ISIS accompanied by actions repulsive to anyone who claims membership in humanity.

With many fighters coming from Europe, the United Kingdom, and Australia and from Canada, there is no reason to regard this as an idle threat.  Several plots have already been apprehended in Europe and Australia.

In response to President Obama’s nascent plan, a consensus is emerging on two broad themes - that airpower alone won't suffice and at some point a ground force; ours or someone else’s will be required.

Second, that ISIS/ISIL/IS - is no longer simply a terrorist movement, or an insurgent group, it is a nascent state.  It has to be fought differently - to not do so, risks taking a Taliban campaign plan against an enemy that is far different - it is akin to applying the last war's tactics to a present war.

Why they are different?

In the cities they control, they exercise governance.  They have established curriculums for schools, provide for the sick, (those they don't kill) and provide for their own rule of law.  They have an economic dimension - you just can't sell oil - even on the black market without having a means of continuing production, and creating an infrastructure that moves it from production to the point of sale.

All of these things are characteristics of a government in being which, unlike previous movements, fully control cities and the swaths of land which connect them.

Their military arm, their army, is disciplined in its own fashion.  Their purposeful killings, executions and massacres are organized - a function of policy vice indiscipline. They patrol, fight and move in a fashion that indicates some level of coordinated training.  And they have weapons that only a quasi-state can support - tanks, field and self-propelled artillery and a few SCUDs thrown in for good measure.

So far, the use of airpower has blunted certain IS advances but certainly didn't stop the flood of displaced to Turkey's borders this weekend.  Targeting will become more difficult as ISIS consolidates in the cities that it holds and rooting them out, from Mosul for example, will not be easy. It will need a conventional force to do that, not just Special Forces operators calling airstrikes.  The ground and the nature of IS forces, require different tactics than those used in Afghanistan.

But the real problem comes in Syria.  If the FSA (Free Syrian Army) must also fight ISIS - good luck!  We set the seeds for them to be fighting a two front war.  Fighting Assad on the one hand, fighting ISIS on the other.

We've simplified it for Assad, he fights anything that isn't the Syrian regime, and we've simplified it for ISIS, anything that isn't dressed in black gets killed.  We've polarized the conflict even more, the risk of not understanding what the effect will be.   Notwithstanding the fact that a coherent "opposition" no longer exists, it is unlikely that FSA and its loose affiliates can prevail over Assad though our attacking ISIS makes limited victories for Assad possible.  It may very well be that some sort of understanding will have to be achieved with Syria, as difficult as that might be for western leaders to swallow.

On the domestic front, unless Iraq, or Saudi Arabia, or Turkey or Egypt or some other regional power gets seriously involved, both with air and above all a land force, support for the whole effort will disintegrate.  "Why should we be involved if regional countries aren't" will be the prevailing sentiment and rightly so.  There might be support at home for a ground engagement IF there was a coalition including Arab countries or non-Arab ones from the region like the Turks or even the Iranians – without that, we are heading for another long war.

More reflection is required, not because we shouldn't stop the IS but precisely because the strategy is still immature.  Our level of engagement must be dictated by a strategic end state that is clearly articulated.  In this case a clear military objective, with sufficient means to realize it.  If not future failure is encapsulated in the current plan - unless the details are resolved.

What needs to occur?

We need to articulate at home that this is a very different animal we are facing and understand the danger IS represents, at home, to our allies, and regionally. So far, while everyone acknowledges the IS is bad, have not yet made the mental leap bridging the notion of- how bad they are with what action to take.  We are still on the middle ground of acting on the fringes - involved, but not fully or decisively engaged - not helped by our national obsession that advisors represent boots on the ground.

With whatever diplomatic ability we have in the Arab world we need to get the Saudi's, the Turks or the Egyptians seriously involved emphasising that though the IS is Sunni, this is not an anti-Sunni campaign nor a western campaign against Islam.

To that end, diplomacy at home amongst domestic Muslim communities must occur.  On the one hand to starve IS from a stream of recruits and financial support but also to have Muslim voices here reject IS’s toxic ideology.  Imam’s  should be making the case that the IS has distorted their religion and calling for action rather than Western politicians.  Finally, every element of international cooperation should be harnessed to starve the IS of the financial wherewithal to fight – cutting access to oil markets, arms and cutting transfer of funds.

As this develops, some of this will come together, but at present the pieces needed just aren't there.

George Petrolekas is on the Board of Directors of the CDA Institute and co-author with Ambassdor Ferry de Kerckhove of the 2013 and 2014 Strategic Outlook for Canada. Mr. Petrolekas served with NATO, and in Bosnia, Afghanistan and Cyprus and as and advisor to senior NATO commanders.  The opinions expressed are his own.