The Deadliest Aircraft in the U.S. Military's Arsenal You Have Never Heard Of 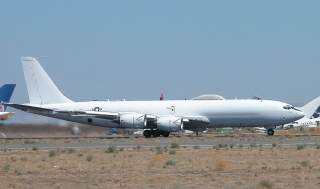