The Deadly A-10 Warthog: Why the U.S. Military Can't Kill the "Flying Tank" 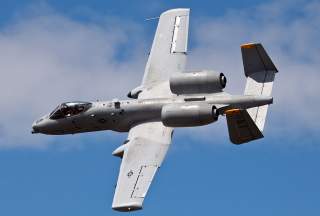 Now, the Air Force has a begun a three-pronged strategy to replace or sustain the A-10 which involves looking at ways to upgrade and preserve the existing aircraft, assessing what platforms might be available on the market today or designing a new close-air-support airplane.