The EU Must Act Now on Migration to Save Itself 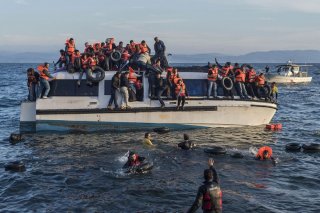 European ministers met in Brussels in late June to address a range of urgent issues and cool tensions over Brexit. But they gave short shrift to what caused Brexit to begin with. The twenty-eight member states still lack comprehensive policies to manage the migration crisis. Brexit is widely perceived to have been a vote against migration to and within the EU. Brexit has triggered shock waves across Europe’s center-left and center-right governments, who now fear that right-wing parties are feeling emboldened by the British referendum and the xenophobic campaign that preceded it. Without further, unified action, anti-immigrant rhetoric may guide the upcoming elections in France, Germany and Austria, as Front National, the Alternative for Germany and the Freedom Party continue to fan myths about the impact of migration. The EU must develop more comprehensive migration policies to save itself—and fast.

The EU-Turkey deal, simply put, is not working. It has not provided a durable solution to the EU’s bumbling attempts to address the migration crisis. The deal may have stemmed the inflow of refugees and migrants across the Aegean. But smugglers have consistently shown themselves capable of outwitting politicians. Every time one smuggling route closes, another immediately opens. Tragedy has merely shifted to the other parts of the Mediterranean. Tens of thousands more migrants are now departing on perilous journeys from Libya to the shores of southern Italy. During the first half of 2016, around 2,900 people died during such risky attempts, surpassing the total, record death toll of 2015.

The EU announced the Turkey deal in 2015 despite harsh criticism from humanitarian organizations in the region, who warned that such a framework would undermine international and EU law. Both require individual migrants to receive a transparent asylum process. The deal also blunts important legal distinctions between refugees and economic migrants. Refugees have rights under international law that economic migrants do not. And the deal undermines the EU’s professed commitment to human rights: Turkey has only accepted the 1951 Refugee Convention for refugees coming from Europe. It has not legally committed to protecting Syrian refugees. Human rights organizations have repeatedly documented cases of systematic harassment against refugees conducted by Turkish soldiers and law enforcement officials.

Despite diplomatic friction between EU member states, and political pressure to restrict migration, the EU can still act to improve its flawed migration policies. First, member states must significantly boost their reception capabilities. For all of their commitment to protecting borders and complying with international and EU human rights law, the EU has yet to provide Greece and Italy with the necessary equipment and support to process migrants. It has allowed states to flagrantly violate international law by not processing individual asylum seekers, instead deporting members of groups unlikely to receive asylum. This must be fixed.

Second, the EU must develop a unified response to the new sea routes. It must address the majority of incoming individuals, who are now embarking from Libya or Egypt instead of Turkey. It must do so according to international law, providing humanitarian aid and processing individual asylum seekers.

Third, the EU must develop legal pathways for migrants and refugees to enter. This would significantly cut profits from smugglers and provide a far better alternative to the daily horrors on the Mediterranean. The European Commission is already reviewing such an initiative, but the process must be hastened.

Fourth, the EU must move faster on long-term refugee resettlement and integration. It must allow asylum seekers to access the educational system and labor market during the lengthy screening process. It must also establish systems for fast-tracking the validation process of university degrees from Syria and Iraq. This would allow applicants to make productive contributions to the local economy, and blunt the arguments of right-wing parties that asylum seekers are straining European infrastructure.

EU ministers must act fast to save the union. They have delayed for too long on addressing one of the biggest threats to the EU’s existence. Brexit has been the cost. Incomprehensibly, European ministers again failed to act last week. Yet if Brexit does not spur the EU to act now, nothing will. EU officials must act now to forestall further state departures, and the end of world order as we know it.

Jill Goldenziel is an incoming Associate Professor at Marine Corps University-Command and Staff College. The views expressed here are her own and do not reflect those of her university or any other arm of the U.S. government. Carl Hvenmark is a Visiting Fellow at the Center for Strategic and International Studies.