The F-35 Is Old News: U.S. Military Has Big Plans for a 6th Generation Fighter 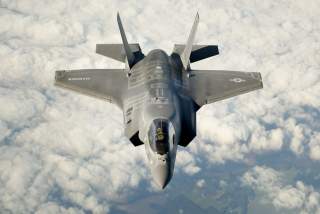 Fighter  jets in 20-years may likely contain the next-generation of stealth technology, electronic warfare, sophisticated computer processing and algorithms, increased autonomy, hypersonic weapons and so-called "smart-skins" where sensors are built into the side of the aircraft itself - according to expert aviation analyst Richard Aboulafia, with the Teal Group.