The F-35 Stealth Fighter: Coming to Asia or the Middle East in 2 Years? 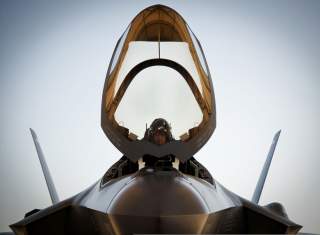 “We are practicing taking what would be a smaller contingent of jets and moving them to another location and then having them employ out of that location,” Maj. Gen. Jeffrey Harrigian, Director, F-35 Integration Office told Scout Warrior in an interview.

While the Marine Corps has publically said it plans to deploy its Short-Take-off-and-Landing F-35B aboard an amphibious assault ship by 2017, the Air Force has been reluctant thus far to specify a deployment date for its F-35A variant.

However, Harrigian did say the Air Force plane would likely deploy within several years and pointed to recent mini-deployments of 6 F-35As from Edwards AFB in Calif., to Mountain Home AFB in Idaho as key evidence of its ongoing preparations.

The Air Force plans to announce what’s called Initial Operational Capability, or IOC, of its F-35A at some point between August and December of this year; seven F-35As are preparing for this at Hill AFB, Utah.

There is an operational unit at Hill AFB which, this coming June, is slated to go to Mountain Home for its training and preparation. They are the 34th Fighter Squadron

“All of this is part of a robust schedule of activities,” Harrigian added.

Following this development, the F-35A will be ready for deployment, Harrigian explained.