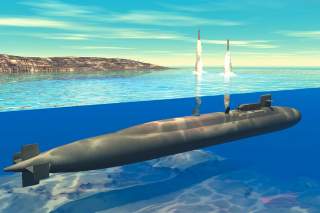 As the Pentagon begins the 2017 Nuclear Posture Review a great deal of focus will be placed on how to modernize each leg of the nuclear triad, which on all fronts is aging and must be replaced. Each country that has nuclear weapons in its arsenal has started a nuclear weapons program or modernized their programs and delivery systems with the exception of the United States. The United States is a part of an international community with a dependency on these weapons that is not going away. Therefore, the nation must maintain a safe and reliable nuclear triad to deter against the only existential threat to the nation.

The portion of the nuclear triad many forget when discussing nuclear triad modernization is the nuclear command, control and communications (NC3) systems. These systems are the “glue” that ties the triad together. They allow the U.S. president to communicate with his senior advisors, monitor potential attacks on the nation and—if necessary—order the release of a nuclear weapon. The NC3 system is essential in ensuring nuclear weapons can be safely and reliably released when ordered, regardless of the nature of the crisis or the damage incurred by the nuclear forces.

The majority of the nation’s NC3 systems are maintained and operated by the Air Force. It is made up of a collection of systems and platforms to achieve its goal of allowing for senior-level decision on nuclear-weapons employment. The systems link the fixed National Military Command Center located in the Pentagon and the fixed Global Operation Center at Strategic Command in Omaha, Nebraska with the mobile command centers located on an airborne E-4B National Airborne Operations Center (NAOC) or an airborne Boeing E-6B Mercury “Take Charge and Move Out” Air Command Post. These facilities and aircraft also allow senior leaders to monitor world events and act upon them outside of a nuclear crisis.

The NC3 system does have redundant components, but they are primarily designed to ensure the nation’s nuclear arsenal can be employed even if the fixed-command centers are destroyed. For example, the E-6B can control the launch of a Minuteman III intercontinental ballistic missile from the air while simultaneously ordering a submarine or bomber to launch a nuclear weapon. Also, an E-4B NAOC aircraft is continuously ready to launch within minutes from randomly selected bases to ensure key national-security leaders survive and can continue to make decisions about how to deploy the U.S. military. Finally, other NC3 systems use a combination of satellites, radars and processing systems to identify launches and missile attacks that could be directed toward North America or one of the U.S. allies around the world. Recently, the functionality of this system is displayed as it is used in monitoring missile launches from North Korea.

Like all the legs of the nuclear triad, these systems are old and outdated for the current world they operate in, and must be modernized or replaced. Gen. John Hyten, head of Strategic Command, testified before the House Armed Services Committee on March 8, 2017, and said, “The nation’s NC3 systems are facing obsolescence and component age-out challenges. These systems are not only essential for providing early warning and time-critical information to the National Command Authority for decisionmaking, but also to effectively direct triad forces in response to a strategic crisis. A twenty-first century architecture is needed to address potential adversary’s increasingly complex and capable threats.” During that same hearing, Gen. Stephen Wilson, vice chief of staff of the Air Force, stated, “Many of our NC3 systems are well past their lifespans. Therefore, we are investing in several programs to support this connective architecture, ranging from communications systems improvements to upgraded digital processing and display improvement.”

The investment General Wilson spoke of involves modernization of the E-4B NAOC aircraft, which began its role in 1980, improving early-warning radar systems, and upgrading the communication systems that link the triad together. Theses modernization efforts will cost the Defense Department approximately $40.5 billion over the next decade. These modernizations to the NC3 systems is small compared to other planned nuclear-modernization efforts for each of the other legs of the nuclear triad.

General Hyten warned that the communication systems which provide secure communications to the strategic bombers and command-and-control aircraft are “increasingly unreliable and in desperate need of modernization.” Dedicated funding and effort aimed at upgrading the NC3 systems can stop the trend of these systems becoming unreliable. Most importantly, the appropriators should recognize the money spent to modernize the other legs of the triad will be wasted if the NC3 systems are not properly modernized. This relatively small investment will be money well spent to ensure the nation continues to have a reliable nuclear triad.