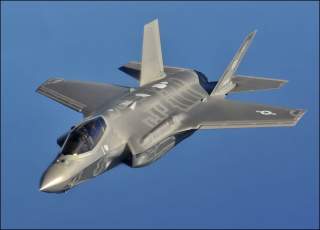 The new aircraft, engineered to succeed the 5th-generation F-35 Joint Strike Fighter and explode onto the scene by the mid 2030s, is now in the earliest stages of conceptual development with the Air Force and Navy. The two services are now working together on early conceptual discussions about the types of technologies and capabilities the aircraft will contain. While the Air Force has not yet identified a platform for the new aircraft.

Smart aircraft skins would involve dispersing certain technologies or sensors across the fuselage and further integrating them into the aircraft itself, using next-generation computer algorithms to organize and diplay information for the pilot.