A Superpower Showdown: China vs. America in Asia 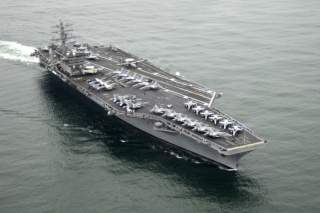 Confidence in the capacity of the Asia-Pacific region to preserve a flexible but fundamentally robust security order weakened noticeably over the past year. Despite being clearly anticipated and exhaustively studied for some 25 years, the management of the Asia Pacific's strategic transformation is headed toward outcomes at the worst-case end of the spectrum.

A security order is a complex tapestry of norms, laws, conventions, deterrents, opportunities, mechanisms for conflict avoidance and resolution, and so on. Many commentators assess that the prevailing order is unravelling and some have even warned of a new Cold War, or argued that 2014 was beginning to look like an ominous echo of 1914. While these contentions have, on the whole, been disputed as analytically unsound and unduly alarmist, the president of the United States has signalled graphically that serious concern is no longer misplaced. Addressing the UN Security Council in September 2014, President Obama spoke of a "pervasive sense of unease" across the globe and of a world "at a crossroads between war and peace; between disorder and integration; between fear and hope."

In our region we have witnessed perceptions taking shape and judgments being made that the strategic aspirations of others could not be reconciled with "our" vital interests. The policy settings that have flowed from these perceptions and judgements have placed the foundations of the prevailing order under severe strain. East Asia today could be characterized as anticipating and trying to prepare for a prolonged phase of contestation. The core axis is between the two mega-states: US and China, although the China-Japan relationship is also critical and has experienced the sharpest deterioration in recent times.

Hopes that China's reemergence as an energetic great power would be paralleled by a partly natural, partly orchestrated gravitation toward a new and resilient geopolitical order have faded in favor of a search for new and stronger alignments as states seek to insulate themselves from intensifying geopolitical turbulence.

The more emphatic US pivot to Asia was probably not Barack Obama's in 2011 but George Bush's in 2001. The Bush administration was broadly informed by the neoconservative view that the US should embrace unipolarity, impose it as the core of the international system (because it was better than any balance of power arrangement), and commit to preserving it indefinitely. It reversed the priority order that had guided US policy for decades (from Europe/Middle East/Asia to Asia/Middle East/Europe); conceived of the East Asia Littoral (a vast space extending from South of Japan, through Australia and out into the Bay of Bengal) as a new geographic strategic focus; resolved to gradually reverse the Cold War 60:40 split in favor of the Atlantic over the Pacific for key military assets (SSBN, SSN, CV); and signalled that it would seek far-reaching supportive changes in the nature of its alliance relationships with Japan and the South Korea, especially to minimize the static deployment of US forces in and around these states.

Although 9-11 erased a critical dimension of this pivot - closer political attention to East Asian affairs - much of the rest of it played out behind the scenes of the war on terror. Later, the administration embraced the challenge of a bold reengagement with India delinked from any considerations of preserving a balance with US relations with Pakistan.

Beijing would have seen this US posture as a preemptive signal to China not to consider contesting US primacy, especially as it came on top of US "assertiveness" on Taiwan in 1996, and in 1999 when Washington bypassed Chinese and Russian vetoes in the UN Security Council to bomb Belgrade over ethnic cleansing in Kosovo. Whatever Beijing initially made of this strategic shift in Washington and its possible implications for the "window of strategic opportunity" that figured so prominently in its strategic assessments since the days of Deng Xiaoping, subsequent events transformed the landscape for both capitals.

Beijing witnessed the impact the devastating trilogy of 9-11, regime change in Iraq, and the global financial crisis (GFC) had on US credentials for unipolarity.  By the time the GFC struck as the Bush administration was about to leave office in 2008, US standing in the world was lower than it had ever been, especially in those crucial subjective dimensions of respect, admiration, confidence, and trust.

Did China's leadership persuade itself that this was not simply a setback but more of a historic strategic reversal heralding the early end of unipolarity and suggesting that the nature of the future regional and global order was far more open than it had previously imagined? It would hardly be surprising if that was the judgment and the evidence of a markedly more assertive international posture since 2009/10 suggests that this was indeed the case.

The Obama administration pointedly stepped away from the neoconservative prescription of perpetuating unipolarity, remained committed to the earliest practicable termination of its large military commitments in Iraq and Afghanistan, and has been steadfast in dealing with crises by leading from within coalitions of the willing rather than resolving to intervene unilaterally and then welcoming coalition partners.  These policy strands, although they delivered crucial gains, also inescapably raised questions in many states about what it all said about US capacity and resolve to play its traditional role. The Obama administration's pivot (or rebalance) toward Asia in 2011 was an urgent reminder that the US  remained  fully committed to protecting and meeting its  vital interests, obligations, and responsibilities in Asia, but it did not aspire to project a new grand strategy or endorse the one advanced by the Bush administration. There was not much here to lead strategists in Beijing to fundamentally reconsider their assessment.

It has come more clearly into view that China's prevailing vision for East Asia cannot be achieved if the US presence in the region retains its current depth and breadth.  It is equally clear that the United States will not accept being driven away and is resolved to meet the evident preference in Asia to see it continue to play a decisive role.

It would be prudent for the region's political leaders to consciously take steps to ensure key relationships do not settle into an adversarial rut. Instead of simply bracing for an indefinite trial of strength led by the US and China, leaders could press for evolutionary geopolitical change that emerged as a natural consequence of positive strategic developments within the region. This would put the focus back on such things as finding ways to put the Korean Peninsula on a positive trajectory, and on pressing the leaders of China and Japan to commit to following the example set by France and Germany 65 years ago.