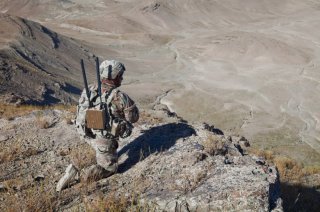 In 1993 comedian Bill Murray starred in a movie called “Groundhog Day” in which a man kept reliving the same bad day over and over.  It was a funny movie.  Not nearly so humorous is the very real “Groundhog Day” that afflicts American foreign policy.  Over the past decade and a half, the United States’ most senior military and Administration officials – from both parties – have routinely applied a small set of military solutions in an attempt to solve highly complex foreign policy problems in the Middle East. And virtually all have failed.

Unfortunately, senior leaders continue to roll out slight variations of the same plans in the hope that somehow they’ll achieve success where the others failed. The costs have been profound. If changes aren’t made, the price could one day be greater than we can afford to pay. The situation with the Islamic State (ISIS) in Iraq and Syria might be the most egregious example.

Over the past five or six years, Administration and Department of Defense (DOD) officials have based many of their military strategies on the assumption that American counterinsurgency (COIN) efforts in Iraq and Afghanistan throughout the 2010s were successful.  Key tenets of COIN hold that embedding U.S. troops with indigenous fighters, providing air support, and advising their leaders will lead friendly troops to succeed against their enemies. The problem is that COIN tactics in both Iraq and Afghanistan were not strategically successful. The rise of ISIS after seven years of COIN and training to Iraqi Security Forces (ISF), and the resurgence of the Taliban in Afghanistan after more than a decade of training Afghan troops is illustrative of COIN’s failure.

But U.S. leaders continue to behave as though Syrian rebels and the ISF in Iraq can be effectively trained, and that if American airpower can pound enemy positions, our allies in both countries can gain a military and ultimately political victory. In 2013 President Barack Obama said he would not put American boots on the ground in Syria and would “not pursue a prolonged air campaign.”  In 2014 the President told the American people he wanted them “to understand how this effort (against ISIS) will be different from the wars in Iraq and Afghanistan” and that the campaign would be waged with “a steady, relentless effort to take out ISIL wherever they exist, using our air power and our support for partner forces on the ground.”  But now after previous attempts didn’t succeed, the President is considering sending U.S. Special Forces into Syria to help rebels on the ground and combat advisers into Iraq to help the ISF.

After years of efforts, the U.S. has reportedly spent over $500 million to train less than 150 rebel troops, and not only have not made any strategic gains, they’ve actually lost tactical ground.  Meanwhile, American strategic interests in the region have worsened considerably as a result of the failed military and diplomatic efforts.

In 2013 when the President first considered using American military power against ISIS, the conflict was geographically limited to several rebel groups in Syria, the Syrian regime, ISIS, and groups within Iraq.  Now the fighting has spread considerably, as Turkey is getting more aggressive, sometimes against American interests; ISIS has reportedly expanded into Afghanistan and other nearby states are also dealing with spillover.  But perhaps worse, now Russia, Iran, Hezbollah, and other international players are actively involved in competing combat operations within the Iraq/Syria battlespace. Furthermore, the Bashar Al-Assad regime has been strengthened while ISIS remains as strong as ever throughout the region. The civilian population continues to suffer egregiously.

If projected U.S. responses to the worsening situation in Syria/Iraq fail as expected, the costs to American interests could be significant. What if the Assad regime succeeds because of the backing of Iran and Russia, enhancing significantly the role those two nations will play in the Middle East? What if ISIS isn’t destroyed as a result of an Assad victory, but are chased out of Syria and back into Iraq and then expand in Turkey, and other areas of Asia? Such scenarios are no laughing matter.

Daniel L. Davis retired from the US Army as a Lt. Col. after 21 years of active service.  He was deployed into combat zones four times in his career, beginning with Operation Desert Storm in 1991, and then to Iraq in 2009 and Afghanistan twice (2005, 2011).  He was awarded the Bronze Star Medal for Valor at the Battle of 73 Easting in 1991, and awarded a Bronze Star Medal in Afghanistan in 2011.